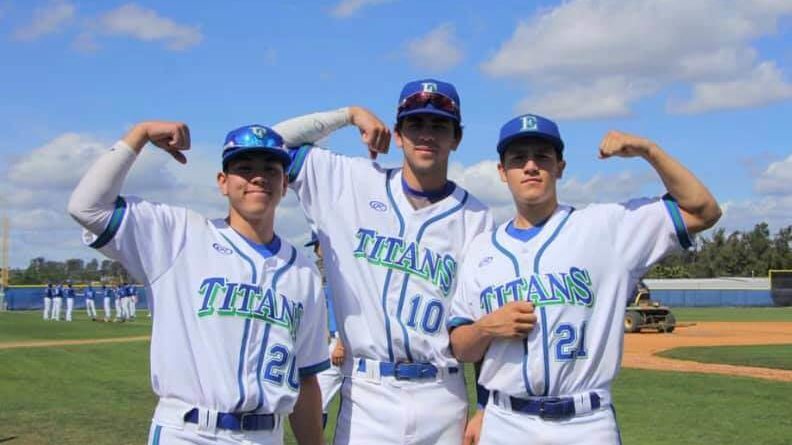 Eastlake went undefeated to win the Aztec Foothiller Championship. They’ve scored 27 runs over their last two games and will play three times this week including matchups against Helix and Santana.

The Falcons rolled through the Kendra Couch Classic undefeated, beating Canyon Crest 7-1 in the final. They’ll play three games this week in the North County Classic.

Darkness took runs off the board from San Marcos in the championship game of the Bill Whittaker Classic against St. Augustine, handing the Knights their first loss of the season. They had beaten St. Augustine earlier in the week and have outscored their opponents by 49 runs in six games.

The Sultans beat Cathedral Catholic twice last week, the second game coming in the championship of the Hilltop Lolitas Tournament. They’ll play three times this week, including a trip to top-ranked Eastlake on Wednesday.

The Broncos dropped their first two games of the season against Marcus, Texas but bounced back with a win against Riverside King in their home opener. They’ll play three times this week starting with second-ranked Torrey Pines on Monday.

The Saints won the Bill Whittaker Classic against San Marcos after darkness forced the game to end early, reverting to the last full inning when the Saints were winning by a run instead of trailing by three. They’ll be off until March 19th.

The Highlanders have been inconsistent to open the season, losing twice at home. They’ll host top-ranked Eastlake on Monday to open up the GMC Tournament.

The Foothiller’s loss to San Ysidro stopped their four-game winning streak and cost them a spot in the Aztec Foothiller Championship game. They’ll begin the GMC Tournament on Monday against ninth-ranked Cathedral Catholic.

The Dons had two losses last week, both coming against fourth-ranked Santana. They’ll play three games in the GMC Tournament this week including road games against top ten teams in Grossmont and Helix.

The Pointers lone loss came against Temecula Great Oak in the Pirate Falcon tournament. Their season opening win against Carlsbad gave them the edge to stay in this week’s rankings. They’ll join five other top ten teams by playing in the GMC Tournament this week.