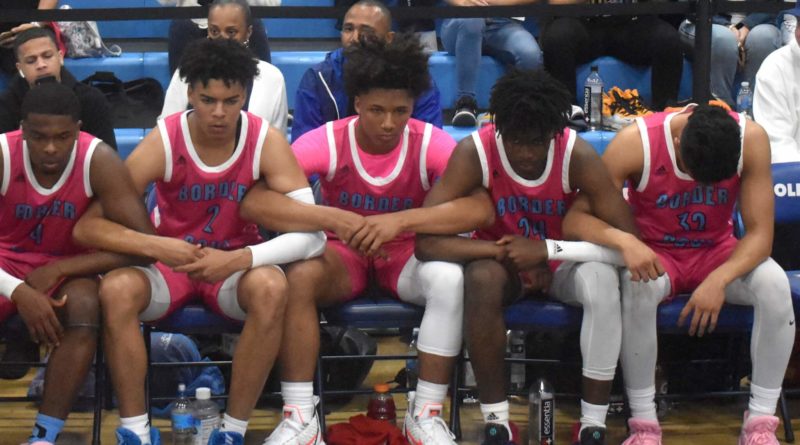 19 San Diego teams were awarded bids for the annual CIF State Tournament this season, though only four remained after the first round of play.

Torrey Pines, who was seeded fourth in division one, hosted Chaminade and played one of their best offensive games of the season. The Falcons shot 64 percent for the game and took down the Eagles, 82-53. Torrey Pines hosted Windward in the second round but were unable to mount a fourth quarter comeback against the Southern Section Division One Champions, losing 60-55.

El Camino was seeded third in the division three playoffs, and hosted Adelanto in round one. The Wildcats advanced, 77-68, scoring 20 points more than their season average in the win. They hosted Providence in round two, who was coming off of a win against San Marcos in the previous round and were unable to get the same offensive production. El Camino’s season ended with a 65-50 loss to the Pioneers.

Coming off a loss in the division two section championship, University City was seeded sixth in the division four state playoffs and were matched up against section foe Calexico, who was coming off of a division four section title. The Centurions proved too much for the Bulldogs, winning 81-65. University City traveled on the road for the second round to take on St. Pius X- St. Mathias from the Southern Section. The Centurions saw their run come to an end, falling to the Warriors by a score of 84-61.

After taking the division three section title, San Ysidro entered the division four state playoffs as the seven-seed. The Cougars hosted View Park in the first round, playing a close game for three quarters before outscoring them by 13 points in the final quarter. Freshman standouts Mikey Williams and Jurian Dixon scored 27 and 24 points for the Cougars, respectively. Round two saw them travel up to take on the Palisades Dolphins from the City Section in front of a star-studded crowd that included LeBron James (photos here). The Dolphins were able to contain the San Ysidro offense, taking them down 56-49.

TOP PERFORMERS FROM THE SEASON

Mater Dei Catholic junior guard Melo Sanchez stepped up for the Crusaders as a junior and finished his season averaging 20 points, eight rebounds, four assists, and three steals per game.

Jailen Nelson finished off his high school career at Carlsbad by doubling his scoring average from his junior season, ending with 25 points per game with six rebounds and four assists.

Helix forward Maurice Holmes ended his four-year varsity career with another excellent season. The senior averaged 19 points and nine rebounds per game for the Highlanders.

University City junior Francky Naguidebe was one of the breakout stars in San Diego this season. The 6’7″ forward averaged 17 points and 12 rebounds per game while leading the Centurions to the division two title game.

Torrey Pines forward Brandon Angel finished his season averaging 21 points and ten rebounds per game, including a career high of 38 points against Chaminade in the state playoffs.

St. Augustine senior forward Chibuzo Agbo finished his high school career off with 23 points and ten rebounds per game in his last season before he heads to Texas Tech and was named the San Diego Section player of the year.

2015 Army-Navy Academy graduate Caleb Morris finished off his collegiate career at Air Force this past week in the Mountain West Conference Tournament. Morris played in 91 games over his four year career, making 34 starts. He finished with 582 career points and 232 career rebounds.