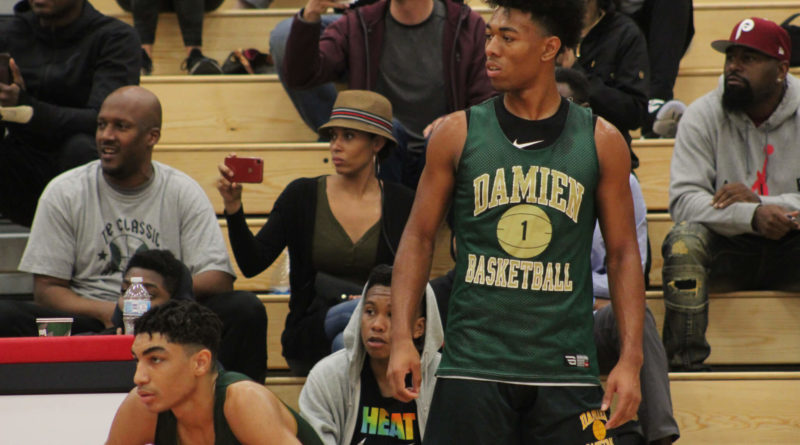 In a game that tied for the longest postseason boys basketball game in the history of the CIF, Damien outlasted Riverside Poly 128-123 on Thursday in the quarterfinals of the CIF State Division I playoffs.

The Spartans trailed by 18 at halftime. Their top player, Malik Thomas, fouled out in the first overtime session, but Damien still found a way to win. Thomas scored 41 points despite fouling out, Austin Cook scored 35 points and RJ Smith had 27 for the Spartans.

Poly’s DJ Davis led all scorers with 58 points in defeat.

Damien will play at Renaissance Academy in the Division 1 semifinals on Saturday.

Here’s the last-second 3-pointer that forced the third overtime:

And here’s the last-second 3-pointer that forced the FOURTH overtime: