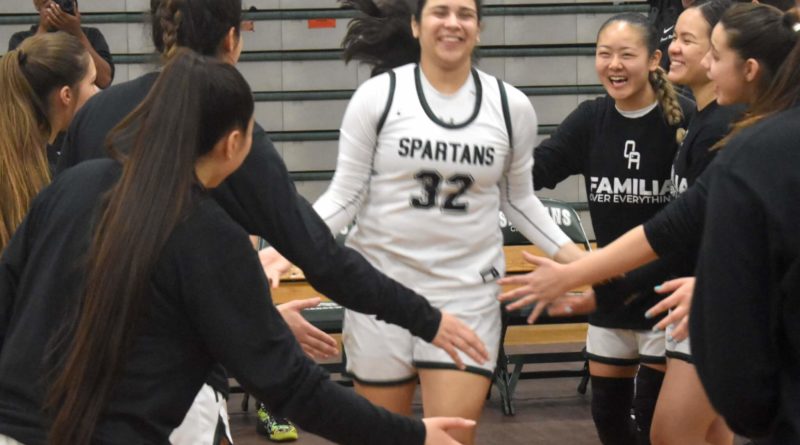 The CIF State Division I girls basketball playoffs have been narrowed down to 16 teams. That means both NorCal and SoCal are down to their regional quarterfinals, and only heavyweights are left.

These are the top storylines to follow in the SoCal bracket going forward.

Can No. 1 Cathedral Catholic hold it down for San Diego?

For making the San Diego Section Open Division finals, Cathedral was awarded the top seed in the Division 1 bracket. As a result, they were given the only bye in the first round, which will be an interesting factor itself when they open up against No. 8 Orangewood Academy.

The San Diego Section is already running low on representatives in the highest divisions. Ranked by many as the top team in the country, La Jolla Country Day is of course in great shape with an automatic bid for the Open Division semifinals against either Etiwanda or Corona Centennial. Other than that, Cathedral is the only team left in either the Open Division or Division 1, and there were already a lot of San Diego teams who got sent home in the first round regardless of division.

No. 9 Bonita Vista, who took LJCD down to the waning seconds in the section championship, fell 66-59 to No. 8 Orangewood Academy, albeit not without an excellent fight. No. 11 El Cajon Christian got rolled by 24 against No. 6 M.L. King. No. 14 La Costa Canyon got blown out 71-35 against No. 3 Lynwood. And No. 15 Westview appeared to have a fighting chance against No. 2 Rosary Academy on paper but got routed 65-38.

Make no mistake, nobody is implying that the San Diego Section needs to prove itself in any way. But if Cathedral Catholic can make a deep run against a field of seven Southern Section powers who took out their neighbors, that would be a great look.

After Cathedral Catholic, the next top seeds are Southern Section Open Division selectees No. 2 Rosary Academy and No. 3 Lynwood. On paper, they are as close to being “favorites” to go all the way as anyone in either SoCal or NorCal despite both going 0-3 in Open Division pool play. In particular, Lynwood is playing some of their best ball of the season right now and took Sierra Canyon, Mater Dei, and Etiwanda all down to the final minute.

Some CIFSS Division 1 teams like Harvard-Westlake were not far behind them at all in the regular season, and are presumably set to play with a chip on their shoulders for not getting the Open Division should they face off. Ultimately the most important thing is going as far as one can in state, but it will be a fun dynamic to watch as Rosary Academy and Lynwood should have that slight “favorite” status on paper.

Additionally, only one of the two Open Division teams can make it to the regional championship–should Lynwood beat No. 6 King and Rosary Academy beat No. 7 West (Torrance) on Thursday, they’ll see each other in the regional semifinals. That would be a must-see game.

Southern Section Division 1 champion Harvard-Westlake is the fourth seed and is playing their best ball of the year right now. They won every game in a brutal and deep sectional bracket by double-digits, which is a ridiculous feat given that they had to take down the likes of North and West from Torrance and Troy.

The stakes are bigger than ever for the rubber match. Marlborough lost by one point against dangerous Fairmont Prep in the 2-AA semifinals and will be the underdog against the Wolverines, but needless to say, they are very well-suited to end H-W’s run. Whoever wins this game wins the season series and punches their ticket to the SoCal Division 1 semifinals, and will be considered even more of a championship threat going forward.

While the Spartans weren’t even in Division 1 in their own section, they have a very real chance of going all the way in Division 1 in state. They have three starters upwards of 6-2/6-3, more next-level size off the bench, and one of the best lead guards in the country in Sydney Gandy to round out a great back-court.

It’s astounding that they were in Division 2-AA this season, but nobody can sleep on them at 27-6 with wins over the likes of Lynwood, King, Miramonte, West, Fairmont Prep (twice), Etiwanda, Flintridge Prep, North, and Bonita Vista. In fact, they are already 2-0 this season agains their next foe, San Diego Open Division runner-up Cathedral Catholic in games that came down to the wire.

Has anyone ever won a CIF Division 1 basketball title without representing the Open Division or Division 1 in their own section? Probably, but either way, it would be a historic feat for red-hot OA should they pull it off. They’ll be an underdog in the last couple rounds should they do so, but they’re capable of it.

Additionally, King and West will be underdogs every round going forward, but they have impressive wins this season–including in the first round of the playoffs–that indicate they have a fighting chance against anyone in the field. It will be fun to watch one of many CIF girls basketball brackets in which every team in the field is a threat to go all the way. Follow SB Live for coverage and live updates at every step.