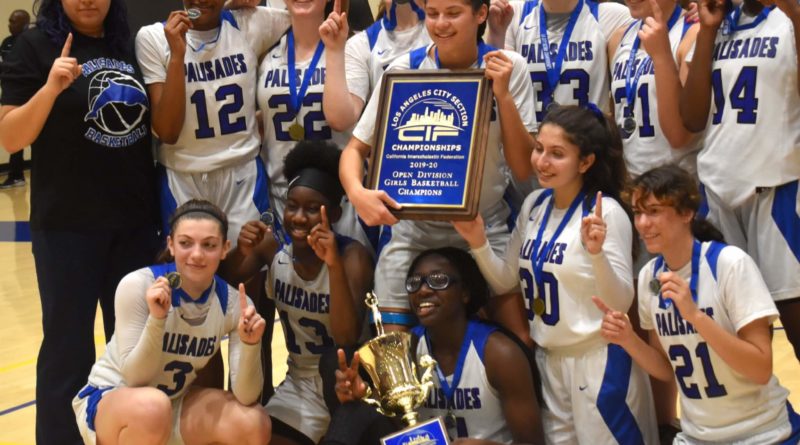 The CIF announced the state playoff brackets for both boys and girls basketball, and the parity of Division II is remarkable. That’s in terms of parity between both NorCal and SoCal, and also from one to 16 (now down to eight) in both of those brackets. Division I is packed with teams who can push nearly anyone in the country on any given day, which means Division II is stacked with talent but nobody is a shoe-in to beat anybody.

Everyone is in the running to go deep, and with so much parity, seeding means little. Let’s take a look at the field of SoCal teams.

We start with No. 16 Mira Costa because they have already knocked off top-seeded Woodrow Wilson (Long Beach). Even coming in to that 55-42 victory, the Mustangs had quite a few nice wins for the bottom seed. They’ve beaten Arroyo Grande, Peninsula (twice), and Hamilton. They took some strong foes like Viewpoint, Redondo Union, and Crean Lutheran down to the wire as well. And now they have to be viewed as a top threat after knocking off Wilson.

Coming off an L.A. City Section Open Division championship and a decisive victory over No. 15 Mission Hills, No. 2 Palisades is as scary as ever right now. They are undefeated against all City Section teams despite having faced the best of them quite a few times, and have given some great Southern Section teams like Chaminade a run for their money. Nobody should like their chances more than the Dolphins.

No. 3 Bakersfield has not had a challenging schedule relative to the field, but 30-2 speaks for itself. The craziest part is that they are on 28-game winning streak. Yes, TWENTY-EIGHT. They aren’t as battle-tested as the rest of the field, but one might say they have momentum. And on Tuesday they beat dangerous No. 14 El Camino Real 46-32 in a dominant defensive showing.

Division 3-AA champion Santa Monica is No. 4 and the numbers say they’re defending better than they have all season right now. They’ve been a little unpredictable but now they’re on a 13-game winning streak and almost knocked Palisades in late January. They’re a threat to go all the way, and knocking off San Diego Section Division 1 champ No. 13 Serra (San Diego) reaffirms it.

No. 5 Bishop’s has faced some scary teams like La Jolla Country Day, Cathedral Catholic, Windward, and Etiwanda, so they won’t see anything they haven’t yet. They generally took care of business outside of those elites, and had some great wins such as El Cajon Christian, Mater Dei Catholic, Wilson (Long Beach), and now a great No. 13 Granada Hills Charter squad. The Knights are a heavyweight.

Speaking of No. 6 Mater Dei Catholic, the Crusaders have been unpredictable this year, but when they’re on, they’re on. They’ve beaten the likes of El Cajon Christian, Fairmont Prep, Oak Ridge, and La Costa Canyon. They’ve also had some losses that are far below what they’re capable of. They’re in the regional quarterfinals after winning an 81-78 shootout with No. 11 Hamilton that came down to the wire.

No. 10 Crean Lutheran nearly knocked off SaMo in the 3-AA title game and is 28-5. They played Bishop Amat earlier this season and lost in overtime, and got them back in round one of state. That was even with Amat coming off perhaps their best win of the year over San Clemente.

Speaking of San Clemente, they’re No. 8 after dropping that title game they were expected to win. The Tritons bounced back on Tuesday to beat No. 9 Arroyo Grande by a whopping 25 points.

While I stand firm that every single team in this field has a real shot of going all the way in both the Southern region and the whole division, Palisades, San Clemente, and Bishop’s are the three most formidable teams to me right now.

Pali has been unbelievably consistent against evenly-matched foes, and have a knack for stepping up in big moments. For reference, they beat Santa Monica while missing their best player, Jane Nwaba. With the roll they’re on and the highest seed, I’d call them the team to beat if forced to pick one. But there is practically zero gap between and all seven other teams left. All eight Southern Region teams are threats to go all the way, and we are in for more good basketball.