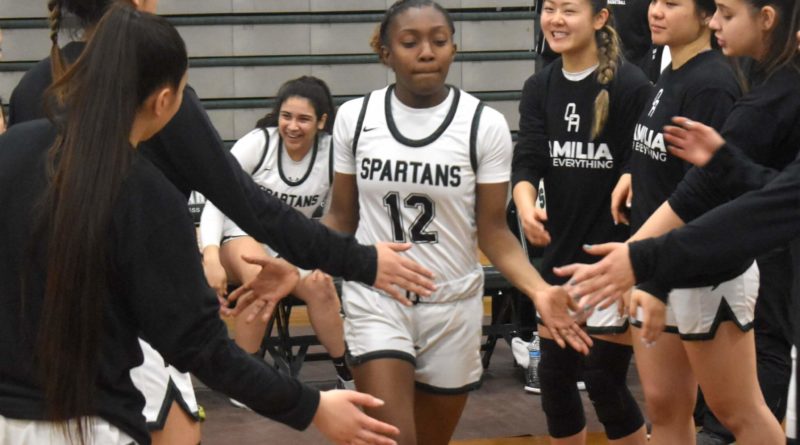 GARDEN GROVE– Sydney Gandy led the Spartans with 27 points as they defeated Bonita Vista in the first round of the CIF Division 1 state playoffs.

Orangewood Academy’s lead got as high as 17 points in the second half, but Bonita Vista came roaring back behind a dominant showing behind the arc and cut the lead all the way to one before OA regained momentum.

The two teams combined for 18 threes, with 18 of BV guard Julia Cosalan’s 20 points coming from behind the arc. Sylena Peterson also had 20 points for the Barons. In addition to Gandy’s 27, Elodie Lalotte scored 15 points for Orangewood Academy and Kristal Caldwell had 12.