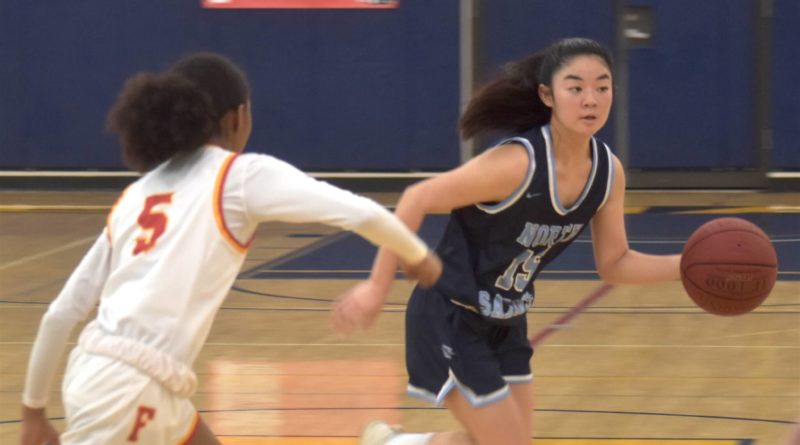 The CIF has released the 2020 girls basketball state championship brackets, and girls Division 1 will be packed with Southern California contenders with realistic chances of going all the way.

The pool of title threats is lopsided towards the SoCal bracket as far as how many teams have realistic chances, so it will be a dogfight to come out of that half of the bracket. But whoever makes it out will still have to deal with one of a few dominant adversaries from the Northern bracket easily capable of winning it all.

Let’s break it all down, starting with NorCal.

The favorite in the title game will likely be whoever comes out of SoCal regardless of their season record coming in because most of the top SoCal contenders have gone up against more nationally elite competition. But NorCal’s Division 1 will be very, very well-represented.

No. 1 Salesian College Prep will be the team from NorCal to beat coming in at 25-4 with wins over the likes of Chaminade, Miramonte, Pinewood, and Bishop O’Dowd. A couple of their losses came to teams who are great but not utterly dominant, but every team has off-nights.

No. 2 Bishop O’Dowd is another contender with a very solid shot. They lost to SCP by three points and got blown out by 39 against Mater Dei, but have some particularly impressive wins such as Rosary Academy, who’s arguably the top contender from SoCal and split meetings with Mater Dei this year. Bishop O’Dowd also beat Miramonte and a dominant St. Mary’s (Stockton) squad.

No. 3 Clovis North is a wildcard who has been very up and very down this season. For instance, in the span of just over a week, they went from beating Stockton St. Mary’s to losing 75-28 to Archbishop Mitty (one of the best team’s in the country, but still), to beating Bishop O’Dowd and Cardinal Newman. They’ve had some narrow wins over teams they should’ve wrecked and haven’t done great against SoCal competition, but they could contend for a title if they can bring consistency.

Aforementioned No. 4 Miramonte and No. 5 Pinewood both lost to SCP by ten but have overall been consistent all year. Miramonte beat Pinewood by three a couple weeks ago. Neither has beaten a top-25 team in the country this year, but they can’t be written off.

No. 6 Heritage, No. 7 Oak Ridge, No. 8 Antelope, No. 9 San Ramon Valley, and No. 10 Menlo School all fit into the category of underdogs who could pull of major upsets if everything goes right. No. 11 McClatchy, No. 12 Granite Bay, and No. 13 Folsom are going to major underdogs from the start but have proven very dangerous at times. No. 14 St. Ignatius, No. 15 Buchanan, and No. 16 Valley Christian are all very likely to be first-round exits on paper, but still teams no one in this tournament wants to face.

Southern Region: Even deeper, even heavier at top

As scary as the Northern Region is, SoCal is even scarier. I will always roll with teams that have more losses but have given more elite teams runs for their money. That describes San Diego Section runner-up No. 1 Cathedral Catholic, Southern Section Open Division contestants No. 2 Rosary Academy and No. 3 Lynwood, Southern Section Division 1 champion No. 4 Harvard-Westlake.

More Southern Section powerhouses in No. 5 Troy, No. 6 King, No. 7 West (Torrance), No. 8 Orangewood Academy are just barely behind them in the pecking order and all capable of going on a championship run. Every one of these SoCal teams mentioned so far have given top-20 teams in the country a run for their money on multiple occasions, and most of them have beaten teams at that level at least once.

Cathedral was the distant but clear second dog in San Diego behind La Jolla Country Day, the top-ranked team in the country. In fact, they took LJCD to overtime in their first meeting, which says a ton. They also pushed Etiwanda, Long Beach Poly, Clovis West, and Sierra Canyon to the wire, and beat teams like Rosary Academy and No. 11 El Cajon Christian by double-digits.

Rosary Academy is one of only two teams to beat Mater Dei this year, and also beat Windward. They should be ready to bring it after one of the toughest schedules in the country.

Lynwood took Sierra Canyon, Mater Dei, and Etiwanda all down to the last minute in the CIFSS Open Division playoffs, and is still 21-8.

Harvard-Westlake is terrifying right now after storming through Southern Section Division 1 without ever winning by less than double-digits. Their gauntlet of national elites to start the season and then the Mission League has them peaking at the right time.

Troy has been unpredictable but has beaten teams like Orangewood Academy and King, plus dominant Plano (TX). Great wins and close losses have proven that on a good day they can threaten just about anyone in the country.

Because of a lot of easy wins, King has gone under the radar for much of the year. But they did beat Corona Centennial and some other great teams.

Orangewood Academy has beaten a lot of aforementioned team and won the very competitive CIFSS Division 2-AA, which included beating 10. Fairmont Prep and 13. North (Torrance), both of whom can beat anyone in this field on a great day and could plausibly go on deep underdog runs. Throw No. 12 Marlborough in the same boat.

San Diego squads No. 9 Bonita Vista, El Cajon Christian, 14. La Costa Canyon, and No. 15 Westview lack the resume of Southern Section powerhouses and are likely first-round exits. But they have all proven numerous times that no one can take them lightly, and San Diego teams have a good track record of upsetting LA/Southern Section teams in regional playoffs. I wouldn’t be surprised to see one or more of them prove me wrong by going a couple rounds deep.

Like I said, I value teams with close wins over great teams and a track record of nearly knocking off the best teams in the country more than teams with great records and inferior strength of schedule. That’s why I’m taking a Southern Section heavyweight in a close one in the finals over a top-seed from NorCal, probably Salesian.

In particular, Harvard-Westlake and Lynwood are playing extremely high-level ball right now. But I wouldn’t be shocked to see anyone in the top eight, including Cathedral Catholic, go all the way. I’m also expecting at least two playoff wins from SoCal teams in the bottom half of the bracket, and a lot of games much closer than seedings would lead fans to believe.

Division 1 will be a 31-team melee. Scorebook Live will provide live-scoring and coverage from start to finish.