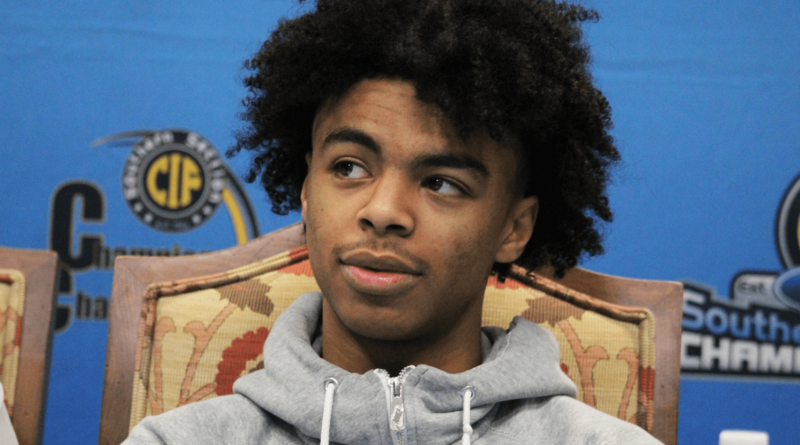 AZUSA — Basketball can be cruel and Hesperia found that out the hard way on Saturday. With three seconds left in their Division 2A Southern Section championship game against Ribet Academy, Hesperia senior Antonio Singleton came inches away from putting the Scorpions ahead by one point, only to have his shot rim out and miss. Ribet went on to win 52-49.

Below are three observations.

With 32 second left in the game, Ribet senior point guard Snookey Wigington hit a deep three to put the Fighting Frogs up 50-49.

“I shot it because the guys weren’t close to me,” Wigington said. “I think every shot that I shoot is going in,” he said with a smirk.

Wigington finished with a team high 18 points. At halftime, Ribet trailed 18-17, but then opened the third quarter on a 19-6 run to take control of the game. After three, the Fighting Frogs led 41-32.

But then they almost gave it all back.

“My heart, it pitter-pattered,” Ribet Academy head coach Reggie Howard said when he saw Singleton’s shot nearly give Hesperia the lead with three second left in the fourth quarter. “That was a tough break for them and a good break for us.”

Singleton and fellow senior RaShawn Burrell willed Hesperia back into the game in the fourth quarter and nearly led the Scorpions to a title victory. Singleton finished the game with 12 points. Burrell had a game high 26.

FOR HESPERIA, THIS ONE HURTS

“Nine out of ten times, I feel like that shot is going to go in for me, but tonight it didn’t happen,” Singleton said holding back tears. “It just sucks.”

RIBET LOOKING FOR BACK TO BACK SECTIONAL AND STATE TITLES

The Fighting Frogs won the Division 4A Southern Section championship last season and then a state title. Following their Division 2A Sectional title on Saturday, Ribet will look to make it four championships in a row next week in the state tournament.