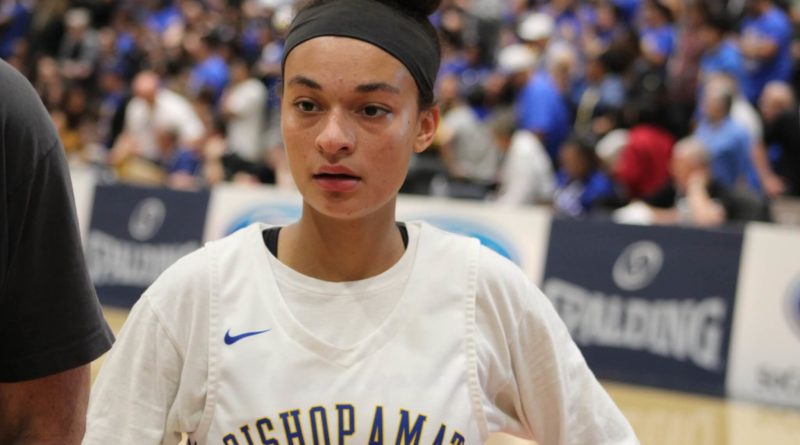 In a back and forth affair, Windward took down Riverside Poly 54-49. Jaren Harris led all scorers with 20 points.

Harris hit a three with 32 seconds left to put the Wildcats ahead 50-46. That ended up being the game-winner.

Basketball can be cruel and Hesperia found that out the hard way on Saturday. With three seconds left in their title game against Ribet Academy, Hesperia senior Antonio Singleton came inches away from putting the Scorpions ahead by one point, only to have his shot rim out and miss. Ribet went on to win 52-49. Snookey Wigington led Ribet with 18 points. He hit the game-winning three point shot.

Bishop Amat senior Morgan Rust hit a three point shot right before the shot clock expired with 35 seconds left in the fourth quarter to put the Lancers ahead of San Clemente 46-43. Bishop Amat went on to win the game 48-43. Rust led all scorers with 15 points.

Watch her discuss the shot below.

This one was never close. No. 1 seed Santa Clarita Christian played strong defense and used their depth effectively on offense to beat St. Francis 61-39 on Saturday. Four Cardinals finished in double figures, led by junior Josh O’Garro who had 17 points.

At halftime, Chantal Moawad had four fouls and her Santa Monica team trailed Crean Lutheran 28-22. Moawad sat for the entirety of the third quarter, but returned in the fourth to score 11 of her game high 23 points.

“You always believe in your players,” Santa Monica head coach Douglas Kim said. “I believed Chantel would get it done.”

Mowad, a Brown commit, had the game winning assist on a Kalaya Hudson bucket in the fourth quarter in addition to her 23 points.

This is Kim’s second CIF title at Santa Monica.