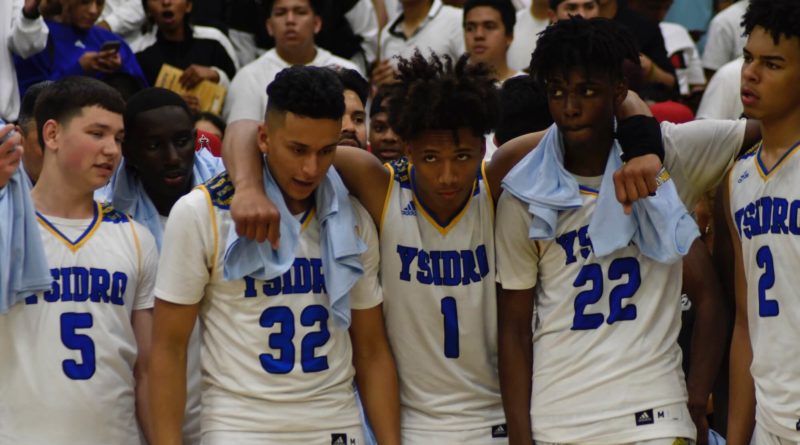 OTAY MESA — San Ysidro freshman guard Jurian Dixon stepped up with a big-time performance on Thursday night to lead the Cougars to a 71-59 victory over Coronado in the San Diego Section Division 3 boys basketball championship game.

The less heralded of San Ysidro’s two freshman guards, Dixon delivered an excellent performance on a big stage. Dixon finished with 32 points, 21 rebounds, and four steals in the game.

“I just wanted to do whatever would help my team,” Dixon said. “It came out as me having to dominate because I knew we had a player out.”

San Ysidro freshman star Mikey Williams was dealing with leg cramps throughout the second half, missing much of the action, but Dixon had no issues filling in for his production. Williams finished with 16 points.

“He’s probably the second-best freshman in California,” San Ysidro head coach Terry Tucker said of Dixon. “And unlike most guys who would rather go play against Mikey, he bought into ‘I wanna play with him’ and it’s like having two of the best players in the state on your team.”

Coronado junior point guard Wayne McKinney held his own as usual, with 32 points and 14 rebounds, but his teammates couldn’t get comfortable all night.

The Islanders shot 31 percent from the field for the game and were 15 of 32 from the free throw stripe.

“Our whole thing was we figured if we could get to 80 (points) that Wayne wouldn’t kill us, and we wanted to make sure that a second guy didn’t score for them,” Head Coach Terry Tucker said.

Coronado managed only six assists as a team with the San Ysidro defense keeping them out of sorts all night.

The Cougars entered having won their first three playoff games by a combined 121 points and were tested by the Islanders before emerging with yet another double-digit win.

“It means a lot,” Tucker said. “We were in this old system and we were already in D1 or D2 (when it started), like some of these teams are bragging about ‘we won D3 or we won D4’, yeah because you’re playing the same guys every year. We started out in D1 when we came into this system. We had to keep grinding, we had to rebuild our program, we had to get our neighborhood kids to buy in.”

Dixon shared his thoughts on taking home a section championship in his first high school season.

“It means a lot to us actually,” Dixon said. “It means a lot to Coach Tuck, all the years he’s been there, put in hard work with all our guys over the season and never won a ring until now so we all did it for him.”