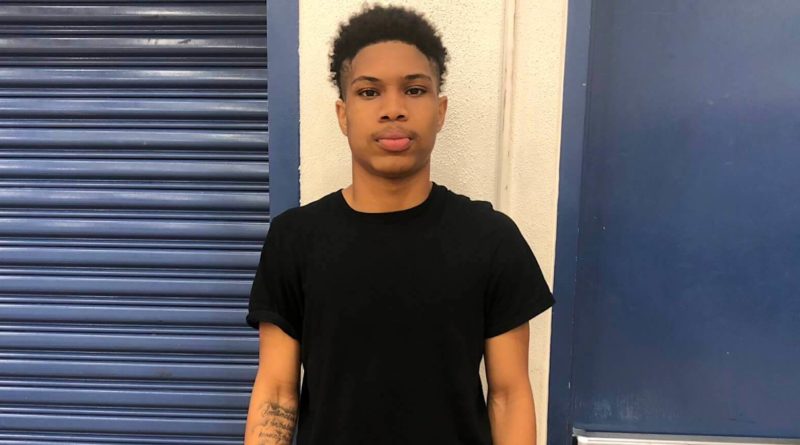 “We were very close,” Ward said.

To honor her Ward got a tattoo on his right forearm.

“Sometimes we hope for the best knowing the worst is yet to come. That’s what makes us stronger.”

Ward was a sophomore at View Park at the time, but following his mother’s death he became less of a student and more of a caretaker for his 8-year-old brother Dallas.

“It was frustrating,” Ward admitted. “My brother didn’t really know what was going on. He just knew that we lost our mom.”

Ward and his brother lived with their mother’s husband at that time, but the arrangement was becoming tenuous, especially after he started dating a new woman and invited her family to move in.

“He wasn’t understanding how we were feeling, the frustration,” Ward said. “He wasn’t talking to us to see how things were going, how we were doing [and when the new family moved in] we felt uncomfortable and disrespected.”

In those days, D’Anthony and Dallas often had to fend for themselves. Grades and attendance were no longer D’Anthony’s main priorities. Instead, he focused on providing food and clothing for himself and his brother.

“It was tough,” Ward said. “There was nobody really to talk to that was at an adult age. It was just me. I had to put my emotions to the side and try and be there for my little brother. I needed to make a way for us.”

“It’s been a blessing,” Ward said. “There aren’t too many people that would do that. They have their own kids and they’re still looking out for me and my brother, providing for us.”

Following his sophomore season, Ward transferred from View Park to Washington Prep. He was in and out of school during his junior year and didn’t play basketball.

Even though Ward wasn’t on the Washington Prep team that season, boys basketball coach Jovante King let him hang around his group. He understood Ward’s issues at home and knew he needed an outlet, even though he couldn’t commit to playing.

“It’s important to support kids who have no support,” King said.

This past summer, the two worked out almost daily.

“He made sure I was in the gym and not in the streets,” Ward said. “He always checked up on me.”

Those workouts have helped lead to a breakout season for Ward. He scored 29 points in Washington Prep’s LA City Section regular season opener against Taft, led the Generals to the Classic At Damien Gold Division championship game and a spot in the LA City Open Division playoffs and state playoffs.

“We go as D’Anthony goes,” King said at a Generals’ practice earlier this month.

This all wouldn’t be possible without the help of Bradley’s parents — Kimmeka Smith and Brian Mouton. Mouton drops off Ward at Washington Prep every morning before giving his kids a ride to View Park. At night, Smith either picks up Ward or calls him an Uber.

“They want the best for me and by brother,” Ward said.

Ward will seek a hardship waiver for next season after missing so much school and basketball as a junior. He hopes to play one more year. After that, he hopes to go to college.

“The next steps for me are to prepare for adult life, to try and focus on a career,” he said. “If it’s still in me to play basketball, I’ll play.”