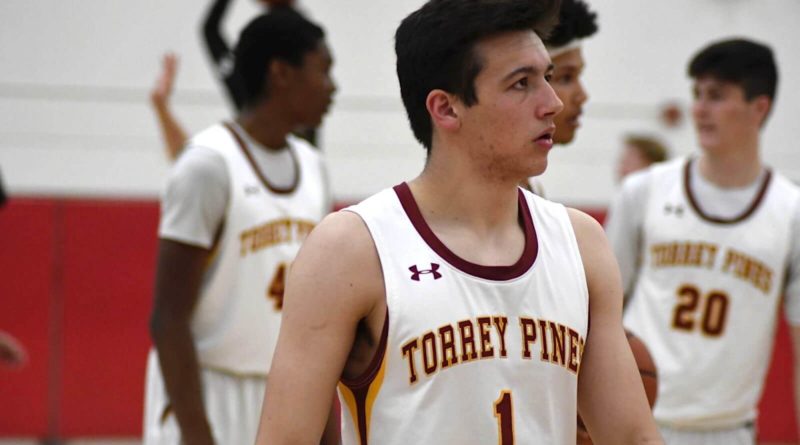 Torrey Pines and Cathedral Catholic return to UCSD after both were crowned champions in 2019, the Falcons in the open division and the Dons in division one. The Dons won the Western League, beating St. Augustine twice but a loss at Christian kept them from being unbeaten in league play. They redeemed that loss in the first round by beating the Patriots for the second time this season and then imposed their will against Parker in the semifinals to move to the championship game. The Falcons claimed an undefeated league title in the Avocado West League and won their first-round game by taking down Poway for the second time on the season. A late defensive stop at St. Augustine in the semifinals advanced them to their second straight open division championship appearance.

Santa Fe Christian is into their third division one championship game in the last four years, having claimed the title in 2017 and 2018. Carlsbad’s program resurgence started last season when the Lancers took down Rancho Buena Vista for the division two crown. Santa Fe Christian began the season 8-0 but dealt with major injuries throughout and ended up at 7-5 in third place in the very competitive Coastal League. The Lancers were 8-2 in the Avocado West League with both losses coming against Torrey Pines. Carlsbad has dealt with their own injury issues of late but have a healthy Jailen Nelson, who’s coming off a 42-point performance against El Camino in the semifinals, his third game of 40-plus points this season.

San Diego enters looking for their third consecutive CIF Championship, winning division four and division three the past two seasons. It’s been a while since University City has been to the CIF Championship, the Centurions were the division three runners-up in 2008 and the champions in 2011. The Cavers come in as the Eastern League co-champions alongside Scripps Ranch. After starting out 1-3, San Diego ended with four straight wins in league and have increased their winning margin in each of their three playoff games so far. The Centurions come in having won nine of ten since late January, their lone loss coming against undefeated league champion Coronado. University City won their first two playoff games by four and two points, respectively, before shutting down Orange Glen for a 28-point win in the semifinals.

Both the Cougars and Islanders come into the finals after cruising through their respective leagues undefeated. The two best newcomers in the San Diego Section this season will square off with San Ysidro freshman guard Mikey Williams and Coronado junior guard Wayne McKinney. Williams comes in averaging 31 points per game along with teammates Jurian Dixon and Kailen Rains who are averaging 25 and 21 points per game, respectively. The Cougars are winners of 14 in a row since a loss to nationally ranked Rancho Christian on January 10th. McKinney, who transferred in from Oregon this offseason, has been the do-it-all guy for the Islanders leading them in points, rebounds, assists and steals. He’s led Coronado to 13 wins in a row, dating back to an overtime loss to Otay Ranch on January 3rd.

It’s been an up and down season for El Capitan, but the Vaqueros find themselves getting into the groove at the right time. A 2-6 record in the Grossmont – Valley League saw them finish fourth. El Capitan finished the regular season with two straight wins and have parlayed that into three playoff wins, with two of those coming on the road. Jacob Pfitzner has led the charge for the Vaqueros with four games of 30-plus points this season as he closes in on 1,500 career points. Calexico went nearly two months during the season without a loss until dropping a league game to Southwest El Centro. The Bulldogs have recovered and enjoyed the home court advantage, winning by 13 and 23 points in the first two rounds, before taking down rival Central by three points in the semi’s.

The two Ocean League foes split their season series with the visiting team coming out victorious each time. Classical Academy pulled off a significant upset in the semifinals when they took down top-seeded Fallbrook on the road. The Caimans come in winners of seven in a row while holding all seven opponents to under 50 points. The Crusaders ended the regular season a bit shaky with losses to Mar Vista and the aforementioned loss to Classical Academy. They got revenge against Mar Vista in the semifinals, will they be able to continue the revenge tour against the Caimans?