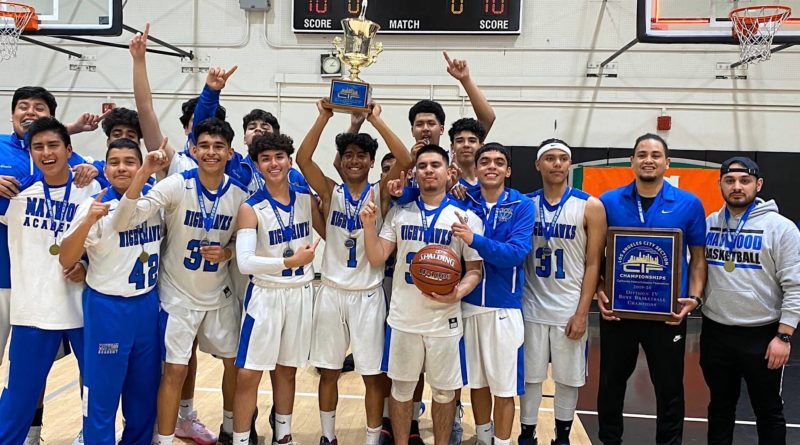 In as dramatic a finish as you’ll ever see, Maywood Academy beat Sun Valley Magnet 65-63 Wednesday night on a last-second shot from just over half court.

Trailing 63-62 with 3 seconds left in the game, Maywood Academy rebounded a missed free throw from Sun Valley Magnet and fired a pass to Brian Gracian near mid-court. Gracian took one dribble and fired a shot from just over half court before the buzzer sounded. The shot banked in, setting off a frenzied celebration for the Nighthawks, who captured the L.A. City Section Division IV boys basketball championship.