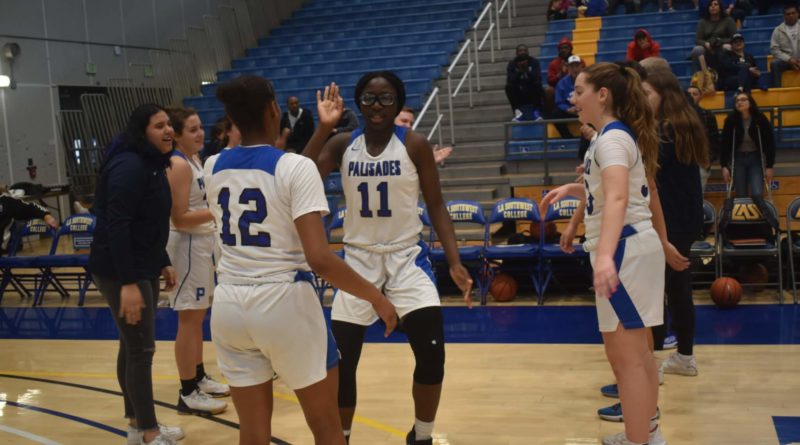 All season long, the Western League and West Valley League have been by far the best-represented teams in the L.A. City Section for both boys and girls basketball.

Boys Open Division finals: No. 1 Fairfax vs. No. 2 Westchester

The boys Open Division finals will come down to Western League rivals Fairfax and Westchester. Fairfax punched their ticket on Saturday by defeating Birmingham 58-39 in a convincing defensive effort. Justin Gladney and DJ Dudley both led with 18 points, and Keith Dinwiddie had 15. They won their two regular season meetings by 11 points and eight points.

Westchester defeated King/Drew 56-44 on Saturday behind 16 points from both TJ Wainwright and Joseph Johnson. They will come in as the clear underdog against the Lions, but certainly have more than an inkling of a chance to win the most important match yet. The Comets led big early in their second game against Fairfax and only lost by single-digits. Their size will continue to cause problems for Fairfax, and with their guard play on full display against King/Drew, this is the right time for them to get another crack at them.

Girls Open Division finals: No. 1 Palisades vs. No. 3 Hamilton

Two different Western League teams who are also rivals–at least this season, even if not historically–will compete in the Girls Open Division finals.

Palisades held off a furious comeback attempt by No. 4 Granada Hills Charter on Saturday to win 46-43. Jane Nwaba led the Dolphins with 15 points and both Sammie Arnold and Alexis Pettis came up big on both ends as well.

Hamilton played probably their best game of the year on Saturday to make the finals. Not only did they advance against formidable No. 2 El Camino Real–they blew them out 60-38 in a game that was never close. Kennedee Rankin went off for 28 points in her return from a brief absence.

Palisades has not dropped a game against a City Section team all season, which has included surviving numerous close calls against the elites. They beat Hamilton by two points and by nine points in league play to secure a league title and the top seed in the Open Division playoffs.

The first match between them came down to the buzzer, and the second match game down to the last minute. Hamilton is playing even better ball now than they were during much of the season. Like Westchester boys, they’ll hope that the third time is the charm. Palisades will be the favorite on paper, but not by much.

In the boys Division 1 bracket, No. 5 Palisades upset No. 1 View Park 44-35 to make the finals. They will face No. 6 Narbonne, who knocked off No. 2 Granada Hills Charter 50-48 on a Patrick Zachery jumper at the buzzer.

The aforementioned five Western League teams put together a 5-0 showing for the league in six games at L.A. Southwest College on Saturday. The Western League will sweep the Open Division for both boys and girls and potentially boast the Division 1 boys champion if Palisades wins, and it doesn’t even end there.

Westchester and LACES major threats to win girls Div. 1 and 2

Westchester girls basketball is the top seed in Division 1 and will be heavily favored against No. 5 King/Drew on Tuesday in the semifinals. Should they advance, they’d have a great chance in the championship against the winner of No. 3 Eagle Rock and No. 7 Carson.

Additionally, LACES has been our top-ranked Division 2 girls team nearly all season despite only getting the sixth seed. They will face Marshall on Friday in the title game. Marshall will be their biggest challenge yet in the playoffs, but we’ll give LACES a narrow edge.

Put it all together, and the Western League will not only win first and second place in both Open Divisions but potentially both Division 1’s and also Division 2 girls. Follow Scorebook Live for live scoring and coverage of this weekend’s events.