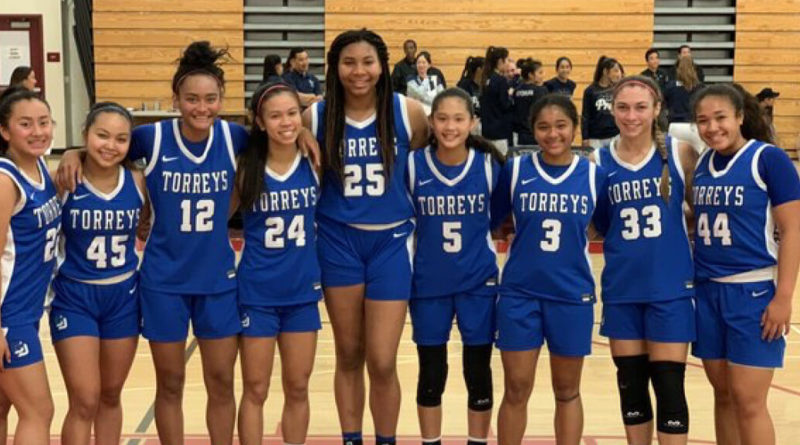 BY MARLON WELLS AND HASEEN WILLIAMS

The semifinals are set for the Open Division girls basketball playoffs in San Diego, and it’s just like we predicted.

No. 1 seed La Jolla Country Day Cruised past No. 8 seed Mater Dei 74-28, pushing their record to 28-1. No. 4 seed Bonita Vista had a come-from-behind victory over a pesky No. 5 La Costa Canyon squad.

Christian was the first No. 7 seed in San Diego Section history to beat a No. 2 seed in the Open Division playoffs as they dismantled Westview. And the No. 3 Cathedral Catholic Dons took full advantage of a smaller Bishop’s team that was seeded sixth.

Here’s a preview of the semifinals.

In their opening round game Bonita Vista beat La Costa Canyon 57-56 by erasing a fourth-quarter deficit led by last season’s CIF Player of the Year, Sylena Peterson. Peterson hit the game-winning free throws with less than 3 seconds on the clock to complete the three-game sweep of La Costa Canyon, sending the Barons to the semifinals. Peterson had a game-high 26 points with fellow junior Julia Cosalan contributing 14 points.

The semifinal matchup against Bonita Vista will be a rematch of a game played earlier this month that saw La Jolla Country Day win at home, 69-40, in a game that was a lot closer and more competitive than the score would indicate.

Even though they have the reigning POY, the Barons are a very balanced team who gets contributions from up and down the roster on a nightly basis. They are a young team,  but at the same time very experienced with several players having won CIF titles and competed in several open playoff games. Some of those key contributors are freshman Madison Cannon, Kayln Buchannan, and juniors Julia Cosalan, Keyanna McCoy and Isa Rector, just to name a few!

The Torreys are ranked No. 1 in the country by several media outlets and have arguably the best player in the county and maybe the state in All American Te-Hinna Paopao. They also feature a star in the making in Freshman Breya Cunningham. I do think it’s the players that do not get mentioned that make this team so special, as all the pieces just seem to fit so well together. Senior’s Bobbi Mack and Paris Archly are extremely vital but yet unheralded players. And junior point guard Jazzy Anousinh has had as good a three-year career as almost anyone.

This will be the third matchup between these two Western League rivals, with Cathedral winning the first matchup 66-52 and the second one 65-52. Cathedral was able to handle sixth-seeded Bishop’s 77-52 in their opening round game.

Cathedral is led by potential all-state player Isuneh Brady who averages 20 points and 12 rebounds, but they are deep. After Brady, they have two other starters that average double figures in a pair of sophomores, Taryn Johnson (10.4) and Izzy Navarro (10.4).

Christian also had a decisive 76-51 win over second-seeded Westview in a game that for the sake of seeding would be classified as an upset even though we picked Christian to come out on top.

Christian has had a great season as well and like all of the teams in the Open Division have played a tough national schedule. They are led by a couple of D1 commits in Seniors Allie Carreon (UC Davis) and Simone James (Georgia Southern). But they have plenty of talent up and down the roster and are a veteran group with playoff experience, like Senior guard Amaya Howard and junior Kristin Williams.