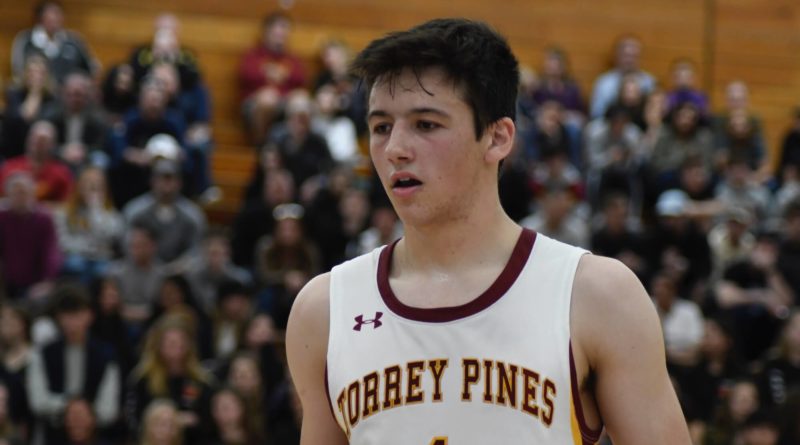 The second quarter began with Torrey Pines holding a 19-15 lead, though things quickly changed. Poway committed seven turnovers in the quarter and had difficulty shooting which led to many quick baskets for the Falcons at the other end.

“This time we really put it on them, and I think the key to that was we were getting stops, deep outlets and layups there for a little bit,” junior guard Nick Herrmann said postgame.

The Falcons held Poway to four points in the 2nd quarter while scoring 25 of their own to open up a 44-19 halftime lead.

“I think we just knew that we’ve been coming out down at half in a lot of games so we put the emphasis on coming from the jump and as coach says, imposing our will,” Stanford-bound forward Brandon Angel said.

The Falcons continued their excellent defense into the third quarter holding Poway to six points over a 13-minute stretch.

Torrey Pines has been a defense-oriented team all season and showcased their tough man-to-man pressure against Poway. The Falcons were able to force Poway point guard Adam Sevier into tough shots all night and allowed no other Titan player to reach double digits in scoring. The Falcons finished the night with 12 steals.

With the win, Torrey Pines advanced to the CIF Semi-final round for the 14th consecutive season.

Poway entered the contest having won 11 in a row after slicing through Palomar League play this season. The Titans hadn’t been held to under 50 points since a loss to Capistrano Valley on December 14th.

THE SEMIFINALS ARE SET

Torrey Pines, the three-seed, will make the trip to St. Augustine to take on the second-seeded Saints on Wednesday night with the winner advancing to Saturday night’s Open Division Championship at UCSD’s Rimac Arena. The Saints and Falcons squared off back on December 28th with the Saints winning 64-56.

Top-seeded Cathedral Catholic revenged their previous loss to eight-seed Christian on Friday on the other side of the bracket to advance to Wednesday’s semi-final.

Francis Parker traveled to Foothills Christian to take on the Knights for the second time in the past week. Francis Parker took an early lead and held on late to eliminate the Knights, 70-63. The Lancers and Knights played three times this season with the road team winning all three. Francis Parker will take on Cathedral Catholic, who they played in their season opener, losing 64-60. 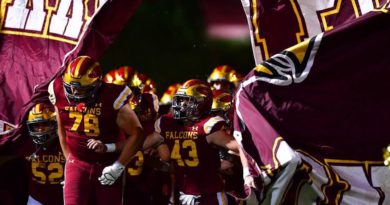 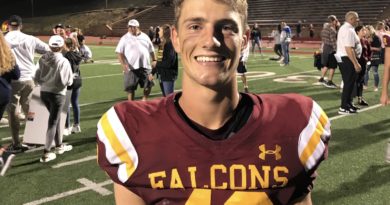 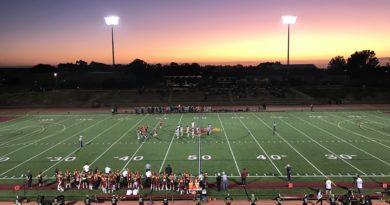