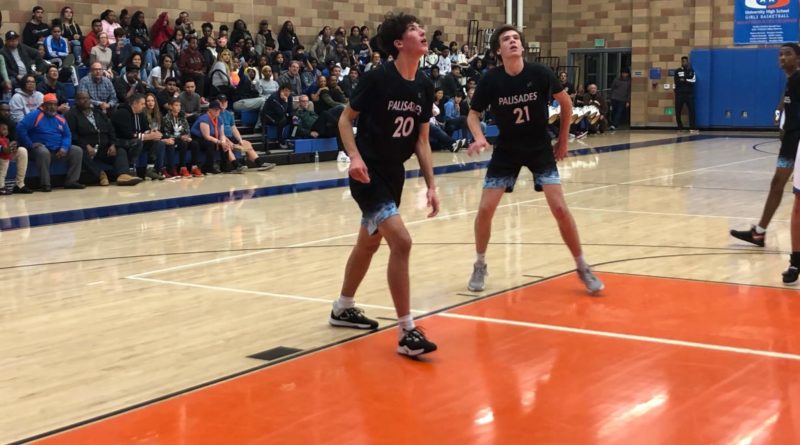 LOS ANGELES — A Jonathan Martin three point shot at the buzzer hit the front iron and bounced out giving Palisades a 48-47 Division 1 LA City Section quarterfinal playoff win over University on Wednesday night. No. 5 Palisades will play no. 1 View Park in the semifinals on Saturday at LA Southwest College. Below are three observations from Wednesday’s game.

A CHANGE IN MOMENTUM

University jumped out to a 16-4 lead in the first quarter on Wednesday. Palisades trimmed down University’s advantage to 33-26 at the half, but they were still outplayed in the first 16 minutes. University’s David Cheatom scored 18 first half points.

In the second half, University only scored 14 points as a team. Palisades started the third quarter on a 10-0 run and led the rest of the way. That early third quarter spark combined with great second half defense won the Dolphins the game.

Palisades senior Caden Arnold made life more difficult for Cheatom in the second half and Cheatom’s University teammates couldn’t pick up the slack on offense. Arnold stayed in Cheatom’s face and forced him to take tough fadeaway jump shots. The Dolphins also had other players double Cheatom at times. University’s star senior still scored ten second half points to finish with 28 on the night, but it wasn’t enough. The rest of the University team only scored four points in the final two quarters. That killed the Wildcats.

Alphson led Palisades with 18 points. He came up with multiple clutch offensive rebounds and seemed to always get the Dolphins a bucket when they needed it most. Alphson is Palisades’ best player. He’s the main man View Park will game plan for ahead of Saturday’s semifinal showdown.