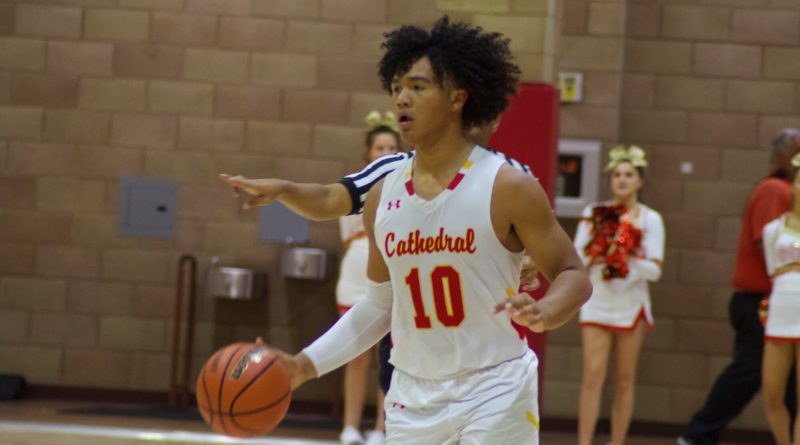 The eight-team bracket is single elimination, though all eight teams will still advance to the CIF State tournament.

Scorebook Live California reporter Bodie DeSilva breaks down the top storylines from the Open Division before play begins on Friday.

WHO WINS THE RUBBER MATCHES?

Cathedral Catholic and Christian as well as Francis Parker and Foothills Christian each played twice during the regular season with each team taking one game.

Cathedral beat Christian by 15 in the first match up, with Christian returning the favor and winning by ten on their senior night earlier this month. The two veteran teams have squared off five times over the past two seasons and are sure to be ready for each other.

Francis Parker surprised many when they took down Foothills Christian on the road in January to seize control of the Coastal League. Foothills Christian had revenge on their mind on Friday when they took down Parker 80-67 to earn a share of the league title. Yale-signee Yassine Gharram led the charge with 36 points and will need a big effort on Friday to slow down the group of guards from Parker.

The Saints have relied heavily on senior forwards Chibuzo Agbo and Luke Haupt all season, but came up short in both league battles against Cathedral Catholic. Senior guard Tyson McWilliams is done for the season. Declan Bretz, Isaiah Brickner, Nakial Cross, and Alex Dennis are the candidates that will need to step up for the Saints to make a run.

IS TORREY PINES ABLE TO DEFEND THE CROWN?

The Falcons were in the same situation last season when they entered the playoffs as the three-seed hosting Poway. They went on to win three straight and take their first Open Division Championship, but lost six of their top seven contributors from that team. Brandon Angel and crew haven’t lost since December 28th.

Cathedral Catholic, featuring the most talented roster in the county, puts it all together for three games to collect their first Open Division title.