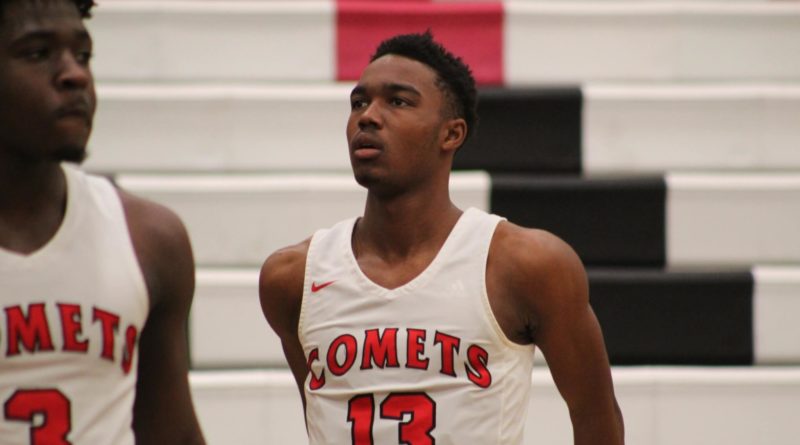 Below are three observations.

Westchester senior guard Kymani Pollard only scored two points in Friday’s win, but that doesn’t tell the whole story. He was instrumental in the Comets’ victory.

From the get-go, Pollard covered Washington Prep point guard D’Anthony Ward and he didn’t give Ward an inch. Pollard’s skin tight defense frustrated Washington Prep’s lead guard. The pressure didn’t allow the Generals to effectively run their offense which led to turnovers. After the first quarter, Westchester led 18-7. The Comets were up by ten points or more the rest of the way.

Westchester led by 18 points in their second regular season meeting with Fairfax and ended up losing 65-57 last month. At the end of the third quarter on Friday, Washington Prep had chipped Westchester’s lead down to ten. It looked like the Generals were going to make a run in the fourth quarter. Instead, the Comets jumped out to a 7-0 run at the start of the fourth to put the game away.

Westchester ran into some technical foul trouble at the end of the game against Washington Prep due to hanging onto the rim for too long and trash talking, but the result wasn’t in question at that point. The Comets finished strong when it mattered, the techs were just unnecessary.

OFF NIGHT FOR THE GENERALS

In the third quarter on Friday, Generals junior Travis Dowdell had a layup get stuck on the back of the rim, which resulted in Westchester getting the ball on the alternating possession. It was that kind of night for Washington Prep. The Generals did not play a clean game by any stretch, but sometimes you need some bounces to go your way in the playoffs and that didn’t happen either. The team started slow and never really turned it around.