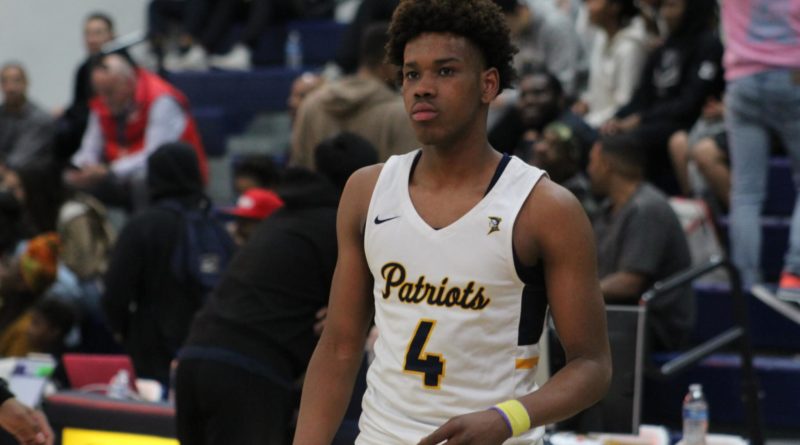 VAN NUYS — Corey Cofield and David Elliott each scored 23 points to lead Birmingham to a 70-58 first round LA City Section Open Division playoff win over Gardena on Thursday. Below are three observations.

This wasn’t the prettiest game. There were turnovers, warnings from officials, and technical fouls both ways, but in the end the Patriots had too much firepower. It will be tough for any City opponent to stop Corey and Elisha Cofield and David Elliott. All three were in double figures on Thursday.

EL CAMINO REAL OR FAIRFAX UP NEXT FOR BIRMINGHAM

No. 1 Fairfax hosts no. 8 El Camino Real on Friday. The winner will play Birmingham in the semifinals at LA Southwest College next Saturday. El Camino Real has battled injuries all season while Fairfax has been the consistent number one team. There’s a good chance Birmingham will face Fairfax.

A few Fairfax players were in the crowd scouting on Thursday. The Lions haven’t played the Patriots this year.

Birmingham extended its lead to nine in the third quarter and that’s where it stayed for the majority of the second half. The Patriots made a few mistakes that allowed Gardena to hang around, but the Panthers struggled from beyond the arc and at the free throw line all night.