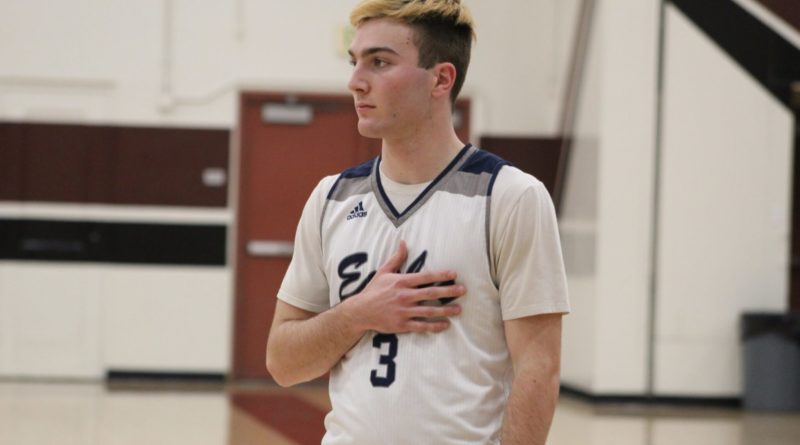 ROSEMEAD — San Gabriel Academy jumped out to an early 20-point lead and never looked back in their 59-49 Southern Section Division 2AA first round playoff win over Saugus on Wednesday. JT Langston and Ian McCloskey each scored 15 points in the victory for the Eagles. Below are three observations.

EAGLES SIZE TOO MUCH FOR CENTURIONS

No one in Division 2AA can match the size of San Gabriel Academy thanks to the Eagles’ massive senior trio of Boubacar Coulibaly (6-foot-10), Alassane Sene (6-foot-9) and JT Langston (6-foot-7).

Coulibaly is San Gabriel Academy’s top player and when he picked up two fouls just two minutes into the game, it looked like Saugus would have a chance to capitalize. Instead, the Eagles continued to dominate. San Gabriel Academy led 19-8 after one quarter and then 40-22 at half.

“I was proud of our guys when Boubacar picked up those two fouls,” San Gabriel head coach Kevin McCloskey said. “We extended the lead to 20 points without him, which I thought was big…We defended very well.”

Having size beyond Coulibaly forced Saugus to shoot from the perimeter almost exclusively, even when the Eagles’ star player wasn’t on the court. The Centurions struggled getting to the rim all night.

“We do have length and size and that’s a huge advantage for us,” McCloskey said. “We protect the rim well…Boubacar is special.”

San Gabriel Academy will travel to play Andre Henry and St. Francis on Friday or Saturday, a team similar to Saugus in the sense that they aren’t the biggest.

The Centurions finished the season at 19-10 and in second place in the Foothill League. The school shooting tragedy at Saugus took place on November 14th, just five days before their season started. All year long, the Centurion team wore warm up shirts labeled “Saugus Strong.” They dedicated their season to the two victims from that awful day.

The year didn’t end the way anyone on Saugus wanted, but the Centurions played with courage all season long for their grieving community. That’s how this 2019-2020 group will be remembered.