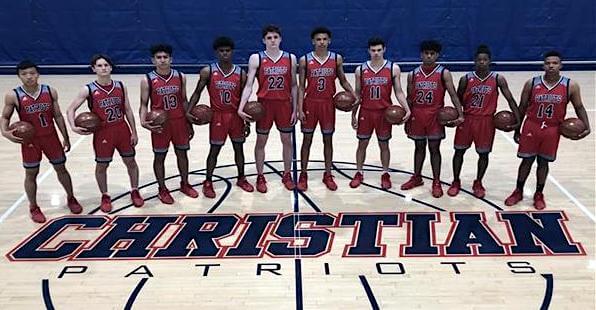 The Christian Patriots threw a wrench in the playoff brackets on Friday night when they hosted top-ranked Cathedral Catholic on senior night. The Patriots controlled the game throughout and were able to shut down a Cathedral team that features several talented scorers. Christian backed up their win 20 hours later when they took down third-ranked Francis Parker at Mission Bay’s Battle at the Bay showcase. Parker came out of the gates on fire, hitting eight first quarter three-pointers. Christian trailed by 20 points one minute into the third quarter before they mounted their comeback, eventually winning, 63-62.

The past week of games in San Diego created lots of craziness and made this week’s top ten rankings the most difficult of the season. Top-ranked Cathedral Catholic lost to Christian after previously beating them in league play. Second-ranked St. Augustine lost to Cathedral early in the week and couldn’t make the move up to number one. Francis Parker, who entered the week at number three but suffered their first loss since the new year when they allowed Christian to come back. Christian took down number one and number three in less than 24 hours, but entering the week at number eight, it didn’t make sense for the Patriots to jump all the way up. Torrey Pines entered the week at number four and went 3-0, but previous losses against Cathedral Catholic and St. Augustine held the Falcons at the three spot this week.

San Ysidro freshman guard Jurian Dixon has been one of San Diego’s best scorers in his freshman season but has stepped up his game during the Cougar’s current nine-game winning streak. He’s averaging over 33 points per game during that stretch.

Hilltop senior forward Lei Zumstein has 72 blocks on the season and has blocked at least one shot in 25 of 26 games. He blocked seven shots against Southwest San Diego and six against Chula Vista.

2018 La Jolla Country Day grad Alex Cho is having an excellent sophomore season for MIT. The guard is averaging 16 points per game and has scored 30 points or more twice.