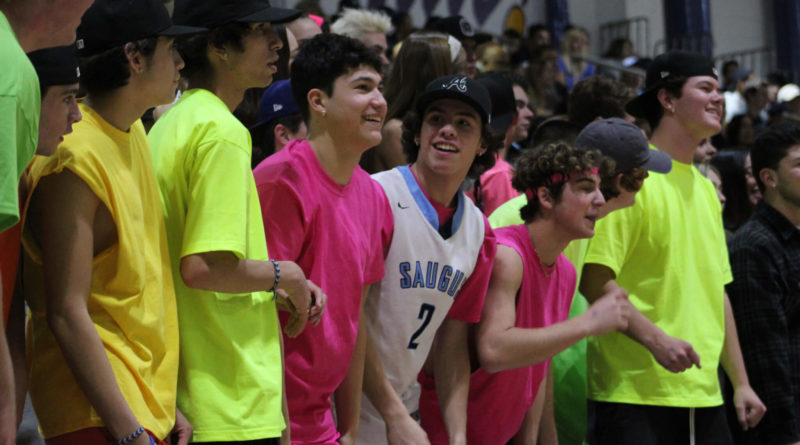 Division 2-AA is not like other divisions in which there is a litany of full-blown contenders and numerous additional upset candidates. Instead, there are a handful of elite teams who would even have a realistic shot at winning Division 1, a few more solid contenders who can at least challenge them, and a lot of teams that on paper don’t stand a chance, although inevitably some of them will prove all the doubters wrong.

Additionally, there’s only one team in Division 3 at the state level who on paper should like their chances of beating whoever comes out of this field, which is Cardinal Newman (Santa Rosa). A state finals appearance and opportunity at finishing the deal there is likely for whoever wins CIFSS 2-AA.

The teams that clearly have what it takes to win it all are, in rough order, Orangewood Academy, Marlborough, Fairmont Prep, Saugus, Flintridge Prep, and North Torrance. Marlborough and Orangewood Academy are the clear first two for having beaten some teams of a caliber that the other teams in the field haven’t beaten.

Who else has Orangewood Academy beaten? Just Cathedral Catholic (twice), Gardena Serra (twice), King, Wilson, Redondo Union, West, Fairmont Prep, Palisades, and a Miramonte (Orinda, CA) team that many sources have ranked higher than every one of those teams. No big deal. The Spartans six losses came to Mater Dei, Corona Centennial, Troy, Esperanza, Fairmont Prep, and Chaminade, and not one of those losses was a blowout. So yeah, they’re scary.

No. 2 Marlborough split meetings with Division 1 No. 1 Harvard-Westlake, beat another Division 1 contender in West by double-digits, and also beat Flintridge Prep. Their only losses came to Chaminade (twice), Corona Centennial, Etiwanda, H-W, and a strong Buchanan (Clovis) squad. Half of those losses were quite close games as well. The Mustangs would have an outside shot as well at winning Division 1 with that resume. They didn’t have quite the season Orangewood Academy did, but they’re right up there in the hunt with them, and would be only light underdogs should they meet in the finals.

No. 3 Saugus, Fairmont Prep, Flintridge Prep, and North Torrance make up the next group, which represents serious contenders who aren’t quite favorites.

Fairmont Prep just beat Orangewood Academy by two after losing by 16 to them the first time, so clearly they are more than capable of going the distance. All their losses have come against great competition, and their best wins were over St. Anthony, St. Paul, and Valencia (Valencia).

Right behind them is No. 3 Saugus, who’s on a major roll right now. They lost to some good teams early in the season but have won 14 straight now, and their wins include Camarillo, Flintridge Prep, and Valencia (Valencia) twice.

Speaking of Flintridge Prep, they’re firmly in the hunt. They too have only lost to great competition, and have beaten the likes of Viewpoint, Granada Hills Charter, and Roosevelt.

And then there’s North, who only lost two games all year, both to West (one in 2OT, the other by ten). They haven’t beaten many great teams compared to who some of these other elites have, but that track record speaks for itself.

The next tier of dark horse contenders and upset candidates includes St. Paul, Valley View, and No. 4 Millikan. Those teams would have to bring their absolute best every single game to have a chance at going deep, but there’s no reason that couldn’t happen.

St. Paul lost by 19 to Fairmont Prep which doesn’t bode well, and they also lost by 14 to Rolling Hills Prep, one point to Brentwood School, and a shocking 44 points against El Cajon Christian. Otherwise they’ve cleaned up all year, with wins including St. Mary’s Academy (twice), Tesoro, and most importantly, Esperanza. Valley View‘s only two losses came to King, a favorite to win Division 1, although both were blowouts. And Millikan‘s only loss that didn’t come to Long Beach Poly came by single-digits against a great Woodrow Wilson team who they also beat this year.

The other teams to keep an eye out for the most are Valencia (Valencia), Foothill, St. Anthony, and Santiago.