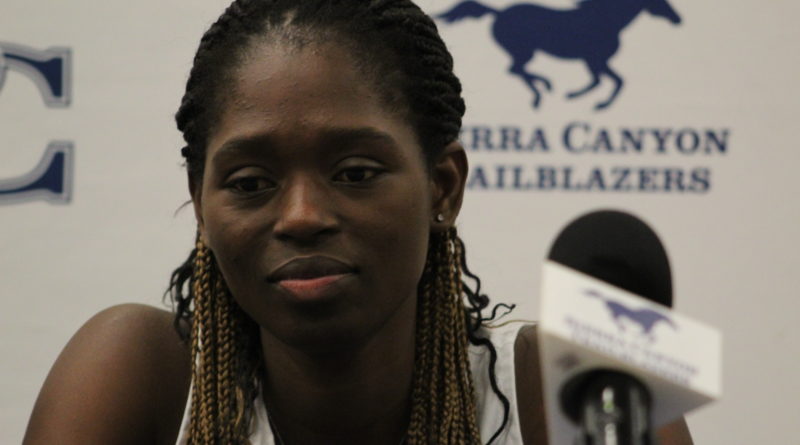 With the 2020 CIF Southern Section girls basketball playoffs finally upon us, the Open Division brings a rare format. There are two pools of four teams and the winners of each side of the pool play go up against each other in the championship.

In the girls Open Division, there’s a nice mix of frontrunners and lower-seeded contenders, but every team has a legitimate shot to advance to the championship game.

The two brackets of pool play consist of:

No. 1 Sierra Canyon (25-5) is the clear favorite to win it all, but there’s no gap. Especially after last week when the Trailblazers dropped two games by double-digits in East Coast tournament action. So, while they have the best odds to win it all based on their regular season performance, nobody’s odds are very high because the field is so deep.

In late January, Sierra Canyon came back from double-digits to beat Windward in overtime. They’ve also beaten Long Beach Poly and Rosary Academy narrowly, but lost by one point to Mater Dei.

Windward had the loss to Sierra Canyon a couple weeks ago, a loss to Corona Centennial by 12 in November, and a three-point loss to Rosary Academy in December. Their only win over an Open Division team was a huge one by seven over Poly shortly after the heartbreaker against Sierra Canyon, but Windward has been pounding outstanding teams in and out of SoCal all year–their strength of schedule was never a concern.

Poly lost by single-digits to Windward not even two weeks ago and Sierra Canyon a couple weeks prior. However, they beat Mater Dei once and Etiwanda twice. They are the only team in the country to beat nationally top-ranked La Jolla Country Day.

Mater Dei’s only losses were to Long Beach Poly in overtime and Rosary Academy by 10, which they avenged a couple weeks later. They also narrowly beat Etiwanda early on in addition to the victory over Sierra Canyon. The Monarchs were as close to earning the second seed as they were to landing in fourth.

No. 5 Etiwanda (24-4) is clearly next in line and is a very legitimate contender, although they are not quite a favorite.

The Eagles’ four wins over Open Division teams are the most of anyone. They were just against the bottom three seeds, but that’s still a big accomplishment to note going forward.

Rosary lost to Etiwanda twice, but going from a 20-point margin to a one-point margin is encouraging. That was all very early in the season anyway. In mid-December was their huge win over Windward by three a couple days before pushing Sierra Canyon to overtime. They also beat Mater Dei by ten in Trinity League play before falling to them by just two the second time. Clearly the Royals are capable of winning it all should they win their pool and bring their best in the finals.

While No. 8 Lynwood (21-5) is the last seed and only team in this field without a win against another one, their performance against plenty of other elite teams indicates that they are capable of playing with anyone and everyone in this field. Again, they only lost to Etiwanda by five. It would be a stretch to call them a contender, but to say that they stand zero chance of pulling off a cinderella run would also be too far.

So in the first bracket, Sierra Canyon and Mater Dei are on essentially equal footing. In fact, since Mater Dei beat Sierra Canyon and Etiwanda (albeit by just one and three, respectively) and their only two losses came to teams in the other bracket, there’s a case to make that they are the favorite to make it out of their pool.

This is the key question for not only Mater Dei but trying to predict this race as a whole: do those two wins by one possession (especially those early on in the season) really mean anything? Maybe. All these teams have grown since then, but that doesn’t guarantee that there’s no advantage or at least mental edge.

Like we said at the top, the race has favorites, mid-level contenders, and a couple underdogs who could turn heads. But calling the winner or even the finals at this point is just a tossup.