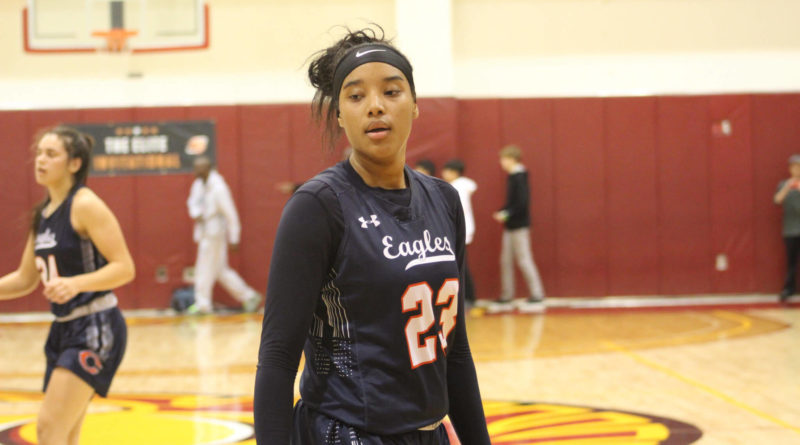 With the CIF Southern Section girls basketball playoffs about to start, it’s time to take an in-depth look at the 27-team field in Division 1.

There are several major contenders with legitimate chances to win it all. M.L. King and top-seeded Harvard-Westlake are first on the list.

King’s 23-5 season included beating Open Division No. 7 Corona Centennial by double-digits in their first go-around of league to finish tied atop the Big VIII League standings (Cen10 took the second meeting). Nobody else in Division 1 beat an Open Division team.

The Wolves’ other losses came to elite competition as well. They took two more Open Division teams in Windward and Rosary Academy down to the final minute and also lost to Orangewood Academy in overtime. Their only blowout loss came by 20 points to Mater Dei, which really isn’t that bad. With more wins over Roosevelt (twice), Santiago (twice), and Valley View, King has to love their chances of making the finals.

Mission League champion Harvard-Westlake was the first team left out of the Open Division and is also arguably the top candidate to win Division 1. They are on the other side of the bracket of King, so the two could potentially meet in the finals. H-W had one of the harder schedules in the whole country and still came out 19-8, even after dropping the first four games of the year to Bishop Montgomery, Sierra Canyon, Lynwood, and Windward.

More teams they lost to by two possessions or less: Mater Dei, Plano (Texas), and Conway (Arkansas). Plano and Conway are both powerhouses on a national level. Their only other loss of the year came in the first go-around of league to Marlborough by double-digits, but they returned the favor the second time. Among their impressive list of wins are Chaminade (twice), West, Troy (by 17), and Clovis North. Having already played many of the best teams in the country and beaten half the top foes in this bracket, the battle-tested Wolverines should be ready to do all they can to go the distance.

Speaking of Chaminade, they lost those two games by a total of four points to Harvard-Westlake, so it would be wrong to say there’s much of a gap from the first two contenders to number three. The Eagles lost by 19 to Mater Dei and Sierra Canyon by 25 but gave Lynwood a run for their money and took Orangewood Academy to overtime.

They had a lot of close wins that shouldn’t have been so close for a team with their level of ambition, but they did beat Marlborough twice plus Camarillo, Redondo Union twice, and a lot of other strong teams. When Chaminade is at their best, they are a force.

The next cluster on the list of unquestioned contenders in rough order is Bishop Montgomery, Troy, West, Esperanza, Camarillo, and Rolling Hills Prep. A few of those teams dropped games against the first three teams mentioned, but they’re still solidly in the title hunt.

Bishop Montgomery might actually be closer to the top three than they are to the rest of the pack. They opened the year with a three-point win over Harvard-Westlake, kept it to single-digits in a loss against Lynwood and under 20 against Mater Dei, split meetings with West, and beat a bunch of very good teams who are underdog threats to make noise in these playoffs. Their last week of the season to lock up an undefeated Del Rey League title was among their best, as they beat St. Anthony and Bishop Amat by a combined 61 points. They also played many of the best teams in the City Section and beat all of them except El Camino Real.

Troy is unpredictable, but when they are on they are really on. They played most of the Open Division teams and made games out of some of them, particularly Lynwood, Corona Centennial, and Long Beach Poly. They also shocked Texas powerhouse Plano in a defensive battle and beat Orangewood Academy by double-digits.

The only blemish on their record keeping them out of our top three picks is a 40-23 loss against Harvard-Westlake. If only mustering 23 points against them was more a one-time fluke than anything else, they’ll be fine, but there’s a strong chance they’ll have to beat them in the finals should they make it that far.

In a similar boat is West. They were able to push some Open Division teams and got badly blown out by others, split meetings with Bishop Montgomery (winning the second one by 14), lost narrowly to Orangewood Academy and H-W, lost by 11 to Marlborough, and beat numerous outstanding teams such as North (twice), El Cajon Christian, Rolling Hills Prep, and JSerra.

The biggest concerns were losing by 21 to St. Mary’s Academy–albeit that was very early in the year, before West peaked and when St. Mary’s Academy was at their best–and also struggling to put away some middling teams. However, a lot of Division 1 heavyweights seem to have a surprisingly bad loss or two and some cases of barely beating teams they should beat handily. It’s basketball–one key player waking up with a cold or having a one-off breakout game can make a world of difference that can eventually be written off as an aberration.

Esperanza only lost three games all year, and all to good teams. They lost by single-digits to Aliso Niguel and St. Paul, but did get beaten by 18 by Troy. Otherwise they cleaned up, winning 25 out of 25 other games, with a win over Orangewood Academy as by far their best of the year. They get a bye to start, and then face Rolling Hills Prep should the Huskies beat Orange Lutheran.

RHP is very similar to Esperanza on paper. They also only lost three games, which came by 18 to Lynwood, five to West, and four to Camarillo. The Huskies beat St. Paul, who beat Esperanza, by 14. But overall, they lack statement wins in a big way because of an easier schedule than the other top contenders. Still, if your only losses come narrowly to West and Camarillo and by a livable margin to Lynwood, you can’t be in bad shape. They are the biggest “dark horse” contender of the group.

Speaking of Camarillo, they also had practically an identical season to the last two teams we discussed. Three losses, one of them to by 20 to an Open Division team (Corona Centennial) and the other two by eight to Chaminade and by seven to a strong, underrated Saugus squad. Also like Esperanza and Rolling Hills Prep, they’ve beaten a lot of very good teams but very few elite ones. The Scorpions did get some attention for starting the season winning 11 straight so some might not quite call them a dark horse, but they’re in the same boat as RHP and Esperanza.

A few teams that look like strong playoff teams but aren’t on the level of the top contenders are Brentwood School, Aliso Niguel, JSerra, and Roosevelt. Those four teams did a great job taking care of business against lesser teams for most of the year and beat some strong Southern Section upper-division playoff teams. They weren’t able to beat the teams we’ve already discussed, but were able to make games out of it with some of them.

None of those four teams have given us much to point to that says they have a clear shot to go all the way, but all of them can at least compete with everyone in this field when they bring their A-game, and could even pull off surprising runs if they play their best every single night. At the very minimum, they are all major upset threats should anyone in this field take them lightly or have a poor showing.

Lastly, there are a few wildcard teams who have been really up and really down this season, but are extremely dangerous to anyone in this field on any given night. Those teams are Gardena Serra, Redondo Union, and St. Mary’s Academy. Every one of them have had games where they looked nothing like a Division 1 playoff threat and others where they showed that they can clearly knock off anyone in this bracket on a good day. The difference between them and the last four we discussed is not necessarily how far we think they’ll go, but how much of a threat they are to have both a huge game or a dud. It only takes one dud to see an early exit, but only a few masterpieces to see the light at the end of the tunnel.