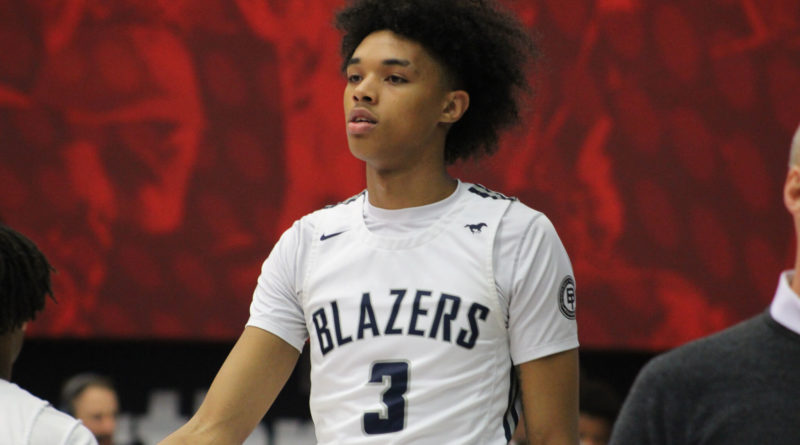 The Open Division tournament is a round robin format with the eight teams split up into two pools. The pools are shown below. The winner of each pool advances to the championship game.

Scorebook Live California reporter Connor Morrissette breaks down the top storylines from the Open Division before play begins on Thursday/Friday.

HOW WILL JAYLEN CLARK AND ZIAIRE WILLIAMS AFFECT SIERRA CANYON VS. ETIWANDA REMATCH?

Sierra Canyon beat Etiwanda in the Classic At Damien Platinum Division semifinals 57-53 back in December. BJ Boston scored 31 points in the victory for the Trailblazers.

Etiwanda’s Jaylen Clark and Sierra Canyon’s Ziaire Williams were still sitting out due to transferring and missed that game. Etiwanda nearly came out on top; how will the additions of two great players affect the rematch? The game will be played at Calabasas High on February 21st. This one could determine who makes the Open Division final. It has the potential to be the game of the year.

WHO COMES OUT OF POOL B?

Harvard-Westlake beat Corona Centennial in the regular season. Rancho Christian beat Sierra Canyon and Corona Centennial has been nationally ranked ever since winning the Platinum Division of the Tarkanian Classic. Mater Dei might have the most talent of any of the teams in this pool. Each game will be a dog fight.

I’d give the edge to Rancho Christian, but don’t be surprised if Corona Centennial makes it out. Those two play at Corona Centennial on February 21st. I think it’s less likely that Mater Dei or Harvard-Westlake will make the championship, but it’s absolutely possible. These four teams all have the talent to win the pool.

WHO COULD BE A SURPRISE TEAM?

The Saints have lost only two games all season. They’ve beaten two Open teams in Harvard-Westlake and St. John Bosco. Jadon Jones is having an incredible senior season. This is a group that could challenge Sierra Canyon and Etiwanda for a spot in the championship; they’re winners. The Saints begin pool play on the road against Etiwanda on Thursday.