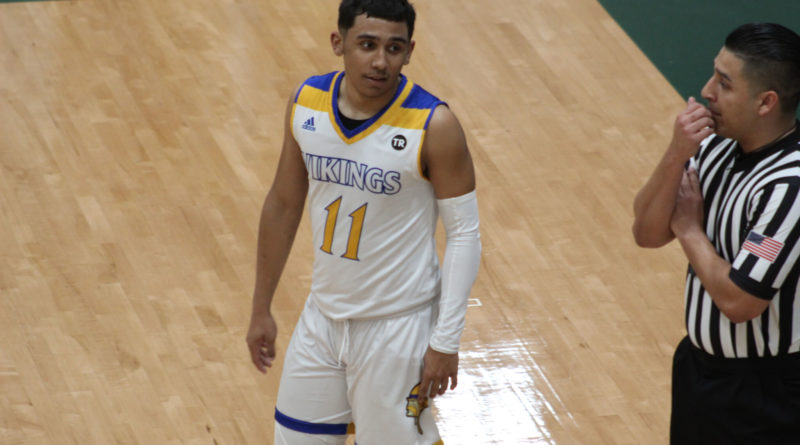 WHO ARE THE FAVORITES?

WHO ELSE HAS A SHOT?

Rolling Hills Prep, Chaminade, Los Osos, Capistrano Valley, Fairmont Prep, Santa Monica, Oak Park, St. Francis and San Gabriel Academy all have outside shots at winning too. That’s what makes this Division so tough, there are SO MANY contenders. There are no easy games, especially after the first round. Buckle up.

WHICH PLAYERS WILL BE X-FACTORS?

When he’s fully healthy, Rochelin is a beast. He’s an incredible athlete with double digit scholarship offers, he just hasn’t been able to stay on the court this year. He should be full go for the playoffs and if he can stay that way, watch out, Heritage Christian has the most firepower of any team in the Division with Rochelin in the fold.

I love this kid. He’s an undersized shooter who wears his heart on his sleeve. He’s willed St. Bernard to wins in the regular season and that should continue in the playoffs. It’s tough to bet against St. Bernard with Bowden on the floor. He scored 51 points on his senior night against Cantwell-Sacred Heart of Mary.

When Gealer is in control and finds his shot, Rolling Hills Prep is extremely dangerous with Gealer on the perimeter and JT Tan on the inside. Gealer needs to be consistent and efficient in order for Rolling Hills Prep to win another sectional title. He’s very important to the Huskies.

We all know that KJ Simpson can score. If Higgins can complement his teammate and take some of the scoring load off, the Eagles will go far.

Michelini-Jackson has come up big in just about every Santa Monica victory this season. When he’s on, the Vikings are on.

This is an obvious one. Oak Park’s playoff fate rests on the shoulders of Slajchert, a Penn commit. He’s one of the best scorers in the region and will need to put up big numbers consistently in order for the Eagles to make a run. That strategy has worked well so far this season, Oak Park is 26-2.

Andre Henry is the main man for St. Francis, but Gallant has proven to be a great option on offense for the Golden Knights as well this season. When Henry and Gallant are scoring, St. Francis is tough to beat.

My gut is telling me to pick St. Bernard, so that’s what I’m going to do. They’re healthy and should get back to the level they were at when they won the Westchester Tournament in December. Nick Bowden and Reese Dixon-Waters will lead the way.