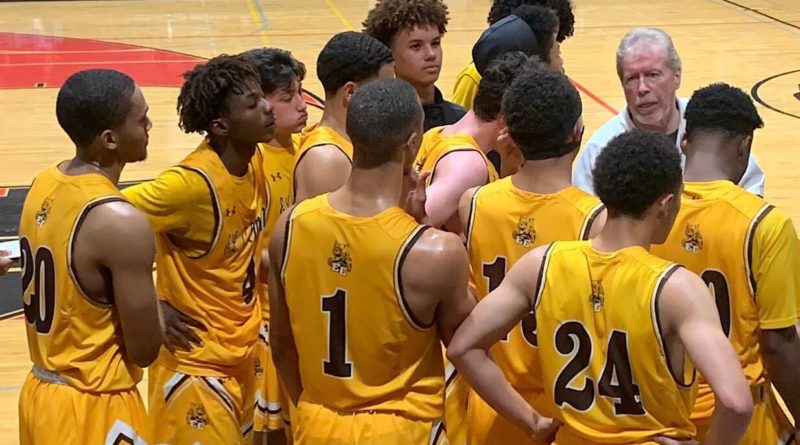 The Dons suffered their first league loss of the season against fourth-ranked Christian, but bounced back the next night controlling the game throughout against eighth-ranked Mater Dei Catholic. They’ll finish out the regular season against Mission Bay on Friday.

The Saints lost to top-ranked Cathedral Catholic for the second time in Western League play but appear to be lock for a top two seed in the open division playoffs. They’ll host Mission Bay and La Jolla this week.

Torrey Pines won road league games this week at Mission Hills and Canyon Crest this week and picked up a key non-league win over sixth-ranked Foothills Christian. A win against San Marcos or La Costa Canyon this week will give them their eighth consecutive league title.

The Patriots jumped up four spots this week after taking down two top three teams in the course of 20 hours over Friday and Saturday. They’ll likely still finish in third place in the Western League, but they’ve improved their playoff seeding greatly. They’ll finish the regular season at La Jolla on Tuesday night.

The Lancers had won 15 straight before Saturday’s loss to fourth-ranked Christian. Parker led by 20 early in the 2nd quarter but relied too much on the long ball in the second half, allowing Christian to make a comeback. Parker plays Santa Fe Christian on Wednesday before hosting sixth-ranked Foothills Christian on Friday in a game that likely will determine if the Lancers can win an outright Coastal League title or will be forced to share it with the Knights.

Poway has won nine straight since an overtime loss to fourth-ranked Christian in early January. The Titans have clinched the Palomar League title and will finish up with Westview and Rancho Bernardo this week before the open division playoffs begin.

The Crusaders fell behind top-ranked Cathedral Catholic on Saturday and struggled to get back into the game. They’ll take on Bonita Vista tonight in a game that will likely determine the Metro – Mesa League champion. They finish with Montgomery on Wednesday.

Carlsbad took down San Marcos and Mission Hills last week to stay in the hunt for a co-league title. They’ll play Canyon Crest and La Costa Canyon this week to end the season and look to be one of the favorites in the division one playoffs.

The Wildcats have 15 of their last 16 games and can clinch an Avocado East League title with a win in either game this week. The open division playoffs aren’t out of the question, but a top two seed in the division one playoffs looks much more likely.