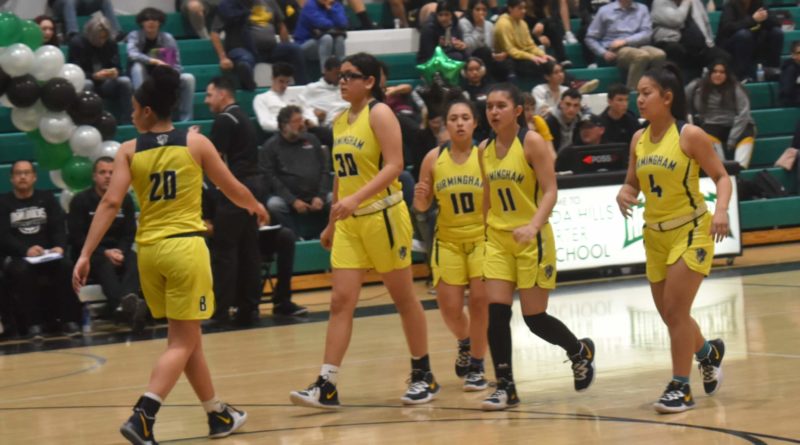 The CIF L.A. City Section Division I high school girls basketball playoffs tip off this week with a nice blend of frontrunners who almost made the Open Division and potential upstarts ready to turn some heads.

Here are the top storylines in Division I:

Many will be surprised to see that the top seed in the Division 1 playoffs has a losing record. Westchester’s start to the season was nothing short of grizzly, and their strength of schedule was to blame. The Comets started the year with nine straight losses with a loss margin of over 22.5 points per game. Between the teams they faced at the tournament at the Mark Keppel Gary Houston Invitational and the Troy Classic, that’ll happen.

So in addition to playing in the Western League with the likes of Palisades and Hamilton (No. 1 and No. 3 in the Open Division), Westchester started the year with Windward, Mark Keppel, Flintridge Prep, Rosary Academy, Pasadena, Cathedral Catholic, Long Beach Poly, Aliso Niguel, and Gardena Serra. Those are not only some of the best teams in SoCal–some of those are among the very best teams in the country.

Was it all worth it? We will find out as they head in as one of the top favorites to win Division 1.

CAN BIRMINGHAM SUSTAIN THEIR HIGHEST GEAR?

Birmingham beat El Camino Real by 13 points a couple weeks ago, and for that reason they have a strong case to make as the top team out there coming into the playoffs. The West Valley League is so hard, and the only downside to its level of competition is if a talented squad like Birmingham might have any disappointment plaguing their confidence now about not winning a couple more league games and making the Open Division.

They’ve had so many near wins over great teams too that just barely failed to come to fruition for them, including multiple narrow losses to Taft, a near-upset of Chaminade, and some stretches of being able to push Granada Hills Charter. They also beat a very solid Cleveland squad by a whopping 59-16 margin recently. The Patriots have all the tools needed with a host of athletic defenders, guards who can make plays in Bita Hashemi and Janna Holley, and some bigs that have nice touch inside.

When the jumpers are going and they are securing the defensive glass, they can play at a level that very few if any other teams in the bracket can. That’s not in doubt. The question is if they can sustain it for four quarters with their backs up against the wall.

CARSON FROM THE MIDDLE OF THE BRACKET

There is one team in particular to look for that’s not a high seed, and it’s Carson. The Colts have gone under the radar all year, with some nice wins including beating South Gate and LACES by double-digits. Perhaps more importantly, they had two well-contested losses to Narbonne that at least proved that they can compete with just about anybody in the City Section. They went 8-2 in the Marine League–the seventh seed is more than just a little bit low for them.

That said–and this is practically its own storyline–Carson will likely face Birmingham in round two if they beat North Hollywood in round one. Two of the three strongest teams from the regular season, if not the two strongest, are matched up before the semifinals. If Birmingham (or NoHo) doesn’t know that they’ll need everything they’ve got, the Colts will knock them out with their stringent defense. Should that happen, Carson would be in great shape to make a finals push as an “underdog” with an exciting potential showdown with Westchester in the finals.