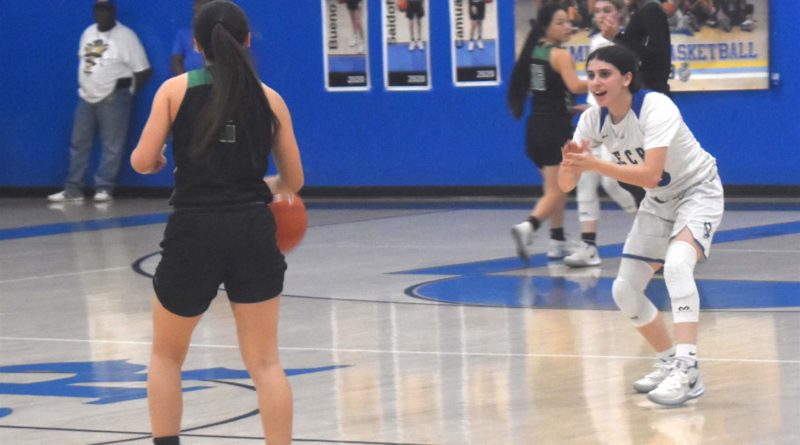 The Los Angeles City Section high school girls basketball playoffs are finally here, and the Open Division is loaded with talent. Here are four storylines to watch before the playoffs tip off on Thursday.

COMPETITIVE PARITY – EVERY GAME IS A GAME

While a couple first round games will have a clear favorite and underdog, there will not be a single game in the Open Division playoffs that is not compelling in a competitive sense.

You can check out our bracket breakdown for the full in-depth analysis, but you know it’s a good sign when the No. 8 team, Taft, just beat the No. 2 team, Granada Hills Charter, in the last game of the regular season. And the No. 3 team, Hamilton, played No. 1 Palisades down to the last minute in both of their meetings. No. 5 Narbonne, No. 6 Crenshaw, and No. 7 Legacy are all unbeaten since league play has started.

While the teams towards the top all deserve the seeds they got, every single team in the field should be confident that they are capable of winning it all.

For girls basketball, the L.A. City Section is filled with star centers and front-court players. Inevitably, some of them are going to face off with everything on the line.

The two top-ranked teams arguably have the two best post players: Palisades’ Jane Nwaba and Granada Hills Charter’s Haylee Aiden, a California Baptist-commit. Aiden is averaging a double-double plus nearly four blocks per game, and she’s a great passer out of the post too. Should the two squads make the finals, that would be a must-see center matchup between two D-1-caliber talents and two teams who play through their star bigs to a large extent.

Crenshaw center Deborah Powell and Narbonne center Chinomnso Angel Nwosu are another couple of multiple Open Division post players in the conversation. Powell averages over 11 points and 11 rebounds a game on 52% from the field, and blocks well over two shots a game as well. Nwosu averages nearly a double-double to go with 3.5 blocks per game.

There are some elite, college ball-caliber guards in the pool too, such as El Camino Real’s Rebecca Saidoff. But the potential for outstanding bigs to match up steals the show.

No. 1 Palisades was an unquestioned threat to win the City Section coming into the year, but now their chance to make it out of the City undefeated is within striking distance. The Dolphins went 12-0 in the challenging Western League, which included edging out a fearsome Hamilton squad by single-digits twice. Palisades also beat Birmingham 62-44 early in the season before league play.

Challenging themselves with a brutal preseason in which they lost nine games is clearly already paying off, and will surely be even more worth it if Pali goes all the way. After all, a section title means completing the undefeated run within the City Section, and vice versa.

The only league stronger than the Western League this season for girls basketball in the City Section is the West Valley League, home to No. 2 Granada Hills Charter, No. 4 El Camino Real, and No. 8 Taft. That’s in addition to Birmingham, who beat El Camino Real last time they played, and would also have a chance to make some noise in the Open Division playoffs were there room for another team or two. And all those teams had to deal with Cleveland, who is similar to Birmingham in that they could win Division 1 and also a league title in many other leagues.

There’s a very real chance that El Camino Real and Taft meet in the semifinals with the winner going on to face Granada Hills Charter, who split meetings with both of them. With Taft surging late in the year, every one of those teams has essentially as good a chance as anyone to go the distance.