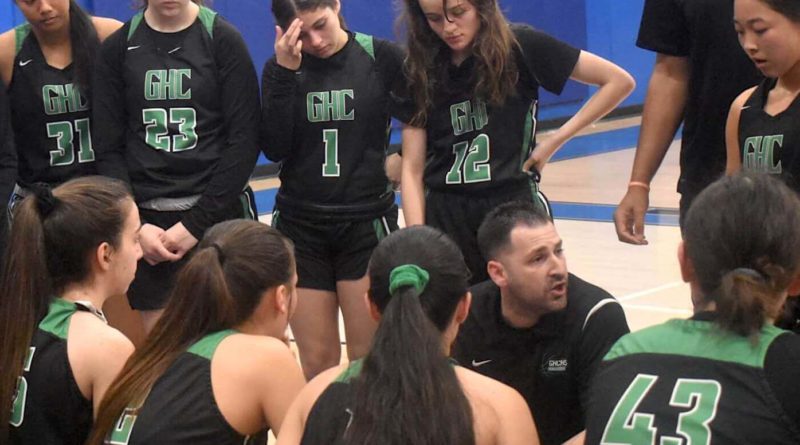 Fans of L.A. City Section high school girls basketball are in for a treat this postseason.

It’s rare in any eight-team field that every team has a legitimate chance to come out on top. But that truly is the case in the CIFLACS Open Division.

The rightful owner of the top seed, No. 1 Palisades has as good a chance as anyone of taking home the title. They went undefeated in 12 games in the competitive Western League. Twice they beat another title contender in Hamilton by single-digits, and otherwise cruised through league play with their next closest call being a 69-50 win over Westchester. The Dolphins nearly even knocked off Clovis North (Fresno) and Chaminade.

While they are not one of the biggest or tallest teams in the field, Palisades’ inside-out offense will be a challenge for anybody in the field to defend. They have a player of the year candidate in C/PF Jane Nwaba who probably is no taller than 6-0 but is absolutely dominant on both ends anywhere near the paint, including the glass. She’s surrounded by shooters on a team that moves the ball as well as any, and the entire squad can pick you apart with their passing.

They all defend too, and can play tough and physical. The Dolphins have all bases covered.

No. 2 Granada Hills Charter was considered the favorite to get the top seed by many in the City Section from November up until the last three games of the regular season. They dropped two of those games to great teams in El Camino Real and Taft on cold shooting nights. Still, they finished tied with ECR for a league title in the strongest conference in the City Section, the West Valley League.

Even with some sputtering towards the end, nobody is a bigger threat to take home the hardware than Granada. They stacked their preseason with several games against some of the best teams in the state, or even country, and played a lot of them down to the very end.

In a lot of ways, the Highlanders are similar to Palisades, although their style is a bit slower and more defensive. A lot revolves around D-1 C Haylee Aiden, a California Baptist-commit and possible player of the year. At 6-2, possibly a conservative listing, with length and finesse, she’s a very consistent low post force in moderation and also a great passer from anywhere in the post, plus a strong rebounder and likely the best rim protecter in the City Section.

However, they have a handful of other standout players from 1-4 who can score in double-figures and make a dent on defense on any given night. They move the ball markedly well whether or not shots are falling from the perimeter, and their defense is probably the best in the City Section, even in losses.

Stylistically, Hamilton is a departure from GHC and Palisades. They still have some solid size in the front-court, but they play close to five-out basketball. When they can get out in transition, stops quickly turn into outlet passes which quickly turn into good looks at the rim or open threes. When they are knocking down threes and spreading the floor, look out. The Lady Yankees play physical and always defend, so how they fare against premier competition will often be as simple as shot-making on a given night.

Yet another full-blown contender is No. 4 El Camino Real. The Conquistadors had as good a case for two and three as they do for the four seed. They snagged half of a league title by shocking Granada Hills Charter 43-37 on January 31st and beating Cleveland to end the season as GHC lost to Taft. However, they also lost by 13 to Birmingham a week before that, and have been a little unpredictable this season.

They lack size, but like Hamilton they make up for it in feistiness, guard play and versatility in the front-court. ECR has the potential City Section MVP in G Rebecca Saidoff, who goes for about 20 a night while also setting up teammates and often playing disruptive perimeter defense. The fact that they beat Granada Hills Charter means they have enough size to beat anyone when everything clicks. They did struggle at times to put teams away without being pushed to the brink, but just about always sealed the deal when business needed to be taken care of.

The four lower seeds are all dark horses in one way or another, but all are intriguing candidates to win it all for various reasons.

No. 5 Narbonne went undefeated in the Marine League which included beating Carson twice and stomping everyone else. A great sign: in January in a non-league game, they routed another undefeated-in-league team in Legacy by 23, and they beat the City Section’s other one, Crenshaw, in overtime around the beginning of the season. They are led by a double-double threat and elite shot-blocker in C Mia Dufresne and two double-digit scorers in G Brandy Castaneda and F Chinomnso Angel Nwosu.

It follows that No. 6 Crenshaw is right there with them. They were so far ahead of the rest of their league that 10-0 is an outstanding accomplishment but doesn’t tell us how they’ll fare against these other heavyweights. Not accounting for the fact that it was two months ago, the Cougars’ most telling win of the year is probably a 54-39 victory over Taft, who is coming off a win over Granada Hills Charter.

Crenshaw has yet another dominant center in this Open Division with 6-2 double-double machine Deborah Powell. She averages over 11 points and rebounds a game on 52% from the field while turning away two to three shots every game. Speaking of efficient scoring, guards Ameerah Ali and Kailyn Watkins are both averaging 18 PPG on 58% and 52% FG, respectively.

Perhaps the most hard to read of all of them has been No. 7 Legacy, who went 12-0 in an easier league than most of these squads played in but won every game by double-digits. The hard-to-read part is their preseason, in which they nearly pulled off some upsets of elite Southern Section squads and also had some duds.

North beat them by 27 in late November and then only by three about six weeks later. They pushed Aliso Niguel to overtime but lost by bigger margins than they’d hoped to Narbonne, West, and King.

Senior G/F Akilah Watson leads the Tigers in all five base stats with 10.8 points, seven rebounds, 4.1 assists, 2.2 steals, and 0.9 blocks per game. G Amanda Lopez is one of a handful of other scoring threats for Legacy.

Lastly, Taft is about as intriguing of an 8-seed as it gets. I mean, they just beat Granada Hills Charter, and took El Camino Real to single-digits in both their meetings. While they are certainly a heavy underdog, they could undoubtedly end up winning the whole thing as the last team to qualify for the Open Division. And they seem to get better and better as the season goes on–peaking at the right time.