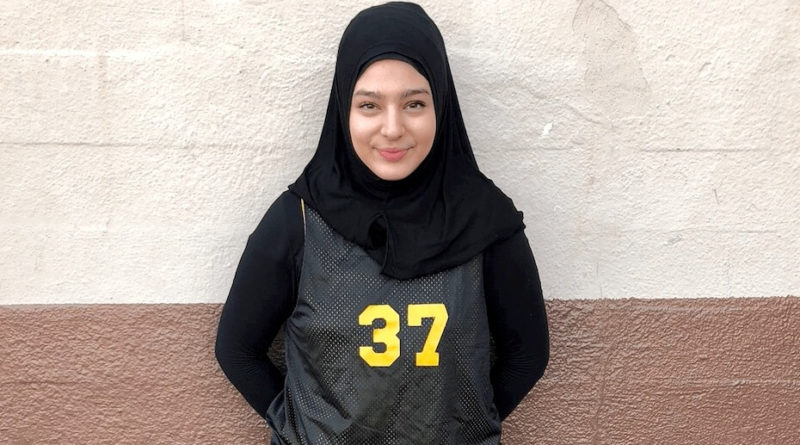 The 2020 Los Angeles City Section Division II high school girls basketball playoffs tip off on Tuesday. Here’s an inside look at the D-II bracket and the most intriguing matchups.

For winning a deep Northern League with the likes of Eagle Rock, Franklin, and Wilson to deal with, Marshall gets the top seed. The Barristers are led by G/F Kaitlyn Fragoso, a senior averaging 14 points, 7.4 boards, two assists, and 3.1 steals per game, and Laila Salazar, a freshman guard going for 11 points, 2.9 assists, and 4.1 steals per game.

Their only loss in league came by 11 points to Wilson, and they came out and beat them by 17 the second time. Marshall also twice had to narrowly edge out Eagle Rock, one of the top seeds in Division 1. The Barristers are undoubtedly a strong threat to take home first place.

No. 2 Kennedy only lost one game in league, which was by 13 points to Van Nuys to end the regular season. They also beat Van Nuys earlier in league play and beat other Division 1 playoff teams in San Fernando and Arleta. They’ve also dropped a couple winnable games they’d like to have back, but if they are on every night, they can knock off anyone and everyone in the field.

The third place finisher in the competitive Eastern League, No. 3 South Gate has to be looked at as a top threat to win it all. They lost twice to Open Division playoff team Legacy but didn’t get blown out, and they split meetings with Garfield and Bell. They also pushed a strong, underrated Carson squad, and beat Arleta by 14. A team with almost no bad losses on the year, the Rams at minimum seem like one of the safest bets to get a couple rounds deep and take care of business against teams they know they should beat.

No. 4 Sun Valley Polytechnic and No. 5 Bell are right there as well as legitimate contenders who are just below the “favorites” tier. Neither team has gotten to prove that they can play with teams above Division 2, but both have been steady. South Gate was a little stronger on the year as a whole than Bell, but Bell did get them the last time they played which was last week, so clearly there’s not much drop-off from third to fifth, if any.

Polytechnic won the East Valley League, which included solid D-1 teams like North Hollywood and Arleta. They are led by C Giuliana Saldana, W Ashlyn Martinez, and a host of other strong role players.

While Los Angeles CES is down at sixth for going 7-5 in league play, there is plenty of reason to believe they are the top candidate to win it all. To go 7-5 in the Western League is an achievement that even many Division 1 playoff teams could not pull off. They are coming off an upset victory over Hamilton who is the third seed in the Open Division. Before that they nearly beat Division 1 No. 1 Westchester twice. They even knocked off St. Mary’s Academy in non-league action.

No. 7 Bravo and No. 9 Torres split a Southern League title, each going 9-1 in league. Bravo lost by six to South Gate to start the year and had one loss to Torres. Otherwise they spent the whole season cleaning up against solid mid-division City Section teams, with a lot of close wins under their belts. Torres is in the exact same boat, except with one surprising loss to Roosevelt (LA). Both consistently have played a level needed to go far in this tournament and could plausibly win it.

In between them is No. 8 Harbor Teacher, who shared second place in the Coliseum League behind Crenshaw with King/Drew. They too had a pretty close loss to South Gate in November and have otherwise been steady all year, albeit without elite crazy competition. They’re in the same boat as Bravo and Torres.

No. 10 Lincoln, No. 11 Chatsworth, and No. 12 Wilson will all face uphill battles if they want to go far. Lincoln lost to a small handful of higher-seeded Division 2 teams in games that weren’t close, and split league meetings with Wilson, who is in a similar boat but was a touch closer to competing with higher-ranked competition. Chatsworth went 0-10 in the West Valley League, which means they’ve faced a number of the best teams in the City Section multiple times and will at least not be psyched out regardless of who they play. Which is good, because they have LACES to start.

Battling on Tuesday to get to the round of 16 are:

Luckily for those teams, whoever advances will at least have a playoff victory coming in to face higher-seeded teams who won’t have started their postseason yet. On paper, they’ll all have to play their best basketball possible just to have a chance of making it to the quarterfinals, but Tuesday they can start building momentum.

I’m taking Los Angeles CES all the way because of what they’ve done against top-50 teams in the state, most recently Hamilton. They will probably face South Gate in the semifinals and I’ll give the winner of that game the edge over whichever strong adversary–such as Marshall, Polytechnic, or Bell–comes out of the other half of the bracket.

If they can play at that level every single night, the title will be nearly theirs to lose. But basketball is unpredictable and they have several teams to get through who have more than enough talent to knock them out.