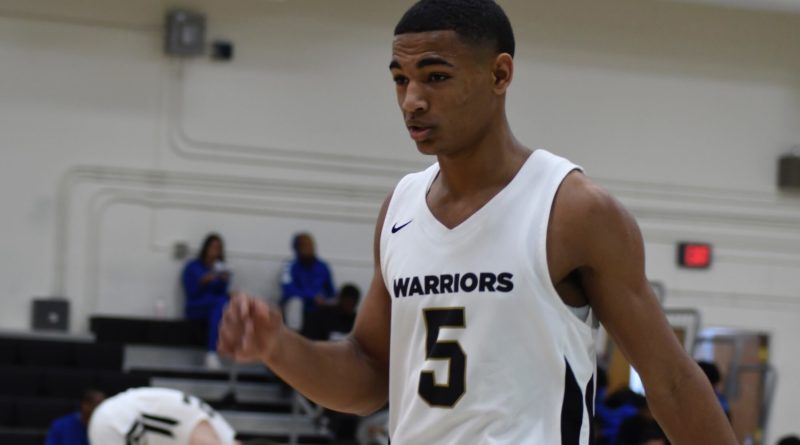 MISSION BAY — Mission Bay hosted six games on Saturday in their annual Battle at the Bay. Scorebook Live California’s Bodie DeSilva is breaking down the top performers from each game.

Alexis Marmolejos led the Warriors with 17 points. Army-Navy finished the game with five players after losing one to injury and two others who fouled out.

The Cavers came out on fire and led by 19 at halftime before extending the lead in the third quarter. AJ Burgin led all scorers with 23 points for the Cavers.

Francis Parker jumped out to an early led thanks to eight first quarter three-pointers. They lead by 20 points in the early part of the second quarter before Christian mounted their comeback. Christian got their comeback started in the third quarter, thanks to senior guard Jake Tawhiao, who had 11 in the quarter and finished with 21 points. The Patriots were able to grab the lead late in the fourth quarter and hang on for a one-point win. It was a huge win for the Patriots, as they were able to take down two top three teams in the span of 20 hours after Friday’s win over top-ranked Cathedral Catholic.

“We had to force them to drive to the basket because they were hitting a lot of threes in the beginning of the game”, senior guard Kobe Sanders said postgame.

“We just had a lot of momentum from our game last night, so it was easy to pick it up. It was like the fifth quarter of the last game.”

Francis Parker junior guard Daryl Seldge Jr. had 28 points in the loss for the Lancers.

Jack Ketchum had 25 points including seven-three pointers to lead all scorers. Mission Bay led throughout and held off a late run from the Broncos to get their 11th win of the season.

The Dons had four players in double figures led by Obinna Anyanwu’s 19 points and 16 rebounds. Hawaii-signee Beon Riley added 14 points and 13 rebounds. The Dons led by as many as 27 points in the 2nd half.

A back and forth first two quarters saw Foothills Christian take a two-point lead into halftime. Torrey Pines ended the third quarter on a 8-2 run to enter the fourth quarter with a 38-37 lead. Stanford-signee Brandon Angel delivered one of his best career performances with 26 points and 17 rebounds. The Falcons built their lead late in the quarter and closed out the Knights by a 52-43 final.