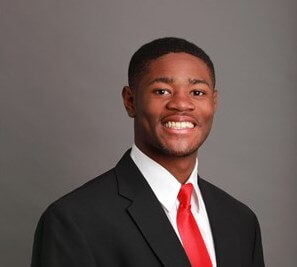 San Diego has seen several past standouts enter the NFL over the last few seasons and should see more enter the league in 2020. The NFL released their list of invitees to the annual combine in Indianapolis on Friday, which included four who played their high school football in San Diego.

Burgess graduated from San Marcos in 2016 after being named a 1st team All-CIF selection at wide receiver his senior season. He grabbed eight interceptions over his three-year varsity career and caught 16 touchdown passes his senior season. Burgess played in 45 games at defensive back over his four seasons for the Utes but had a breakout year in 2019 collecting 81 tackles that earned him an invite to the Senior Bowl where he was able to raise his stock for April’s draft.

Patmon graduated from Patrick Henry in 2016 after two very productive seasons on both sides of the ball for the Patriots. Patmon finished with over 1,500 career receiving yards and 19 touchdowns. He also grabbed eight interceptions during his two varsity seasons. Patmon played in 43 games for the Cougars over his four seasons and became one of the Cougar’s top pass catchers during his last two seasons. He finished his career in pullman with 156 catches for 1,976 yards and 13 receiving touchdowns.

Toohill graduated from Cathedral Catholic in 2015 after a breakout senior season that saw him earn 1st team All-CIF honors. Toohill missed much of his junior season with injuries but bounced back with 63 tackles and 12 sacks during his senior season that earned him double digit scholarship offers before selecting Stanford. He redshirted as a freshman before appearing in 47 games over his final four seasons for the Cardinal. Toohill finished his collegiate career with 132 tackles and 14.5 sacks. He was named a 2nd team All-Pac 12 selection this past season and was a three-time Pac-12 All-Academic selection during his time at Stanford.

Wood-Anderson was a standout quarterback and basketball player at Steele Canyon, before an appendicitis derailed his high school career. After high school he made his way to Arizona Western College where he briefly played on the defensive line before quickly transitioning to tight end. Wood-Anderson caught 45 passes over his two seasons at AWC and became the nation’s top junior college tight end, picking up offers from nearly every top program in the country. Wood-Anderson caught 38 passes and three touchdowns for the Vols over the past two seasons and will have the opportunity to showcase his athleticism in Indianapolis at the combine.