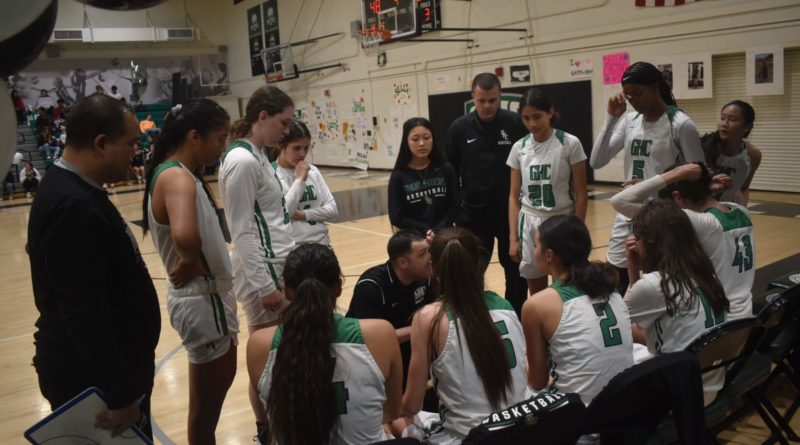 GRANADA HILLS– On their senior night, the senior-heavy Highlanders handled Birmingham with room to spare in a 59-38 victory. It was a great bounce-back win for Granada after finally losing one league game on Friday in a heartbreaker against El Camino Real. Before that, they had won all seven league matchups by at least 14 points, with an average margin of 34.7 per game.

This win guarantees them at least being tied atop the West Valley League standings come the end of the regular season. Here are three observations from the game:

THE LID ON THE BASKET IS OFF

When the Highlanders lost 43-37 against El Camino Real on Friday, they went cold from the perimeter for most of the game, especially crunch time. Outside shooting is not GHC’s identity the way many teams live and die by the three, but that was amongst their rougher shooting nights of the year. In turn hurt the floor spacing needed for Haylee Aiden, Samiyah Muhammad, and the rest of their interior unit to work in the paint.

This game, they came out aggressive from three and from mid-range, and shots were falling at quite a strong clip. In particular, G/F Megan Delgado really got it going from deep in the second quarter onward. When they’re knocking down shots and avoiding turnovers, GHC is nearly unguardable within the City Section.

While Granada Hills Charter was in control for most of the game, Birmingham did go on a few runs that kept the game out of official “blowout” status. As a result, the starters didn’t get pulled until a lot later in the game than it initially looked like. But GHC never took their feet off the pedal even when it was pretty clear that they had it locked up in the fourth quarter.

So, Coach Honig was able to bring in seniors at end of the bench and give them a good few minutes of run. In fact, some strong two-play to close the game from those seniors actually pushed the lead further, and the Highlanders won by a 21-point margin.

While Birmingham wasn’t able to really make it a game against GHC, they had a couple stretches where they looked great on both ends. Birmingham has been unpredictable at times this year, beating or heavily pushing some teams they were underdogs against and also losing a few games they expected to win. The former includes beating El Camino Real by double-digits not even two weeks ago. When they are on, they can play with anyone.

In this one, Birmingham was dangerous when they were forcing turnovers and attacking the rim. They have multiple athletic driving threats who can both finish through traffic inside and also drive-and-dish, in addition to some sizable frontcourt players with good touch. When their jumpers fall, that makes them really tough to guard in the half-court. And when they are forcing turnovers, like they did a lot in a couple stretches against Granada, they are off to the races in transition.

Based on their league play record, there’s a good chance Birmingham won’t qualify for the City Section Open Division playoffs. If that’s the case, they will likely be the top candidate to win Division 1.