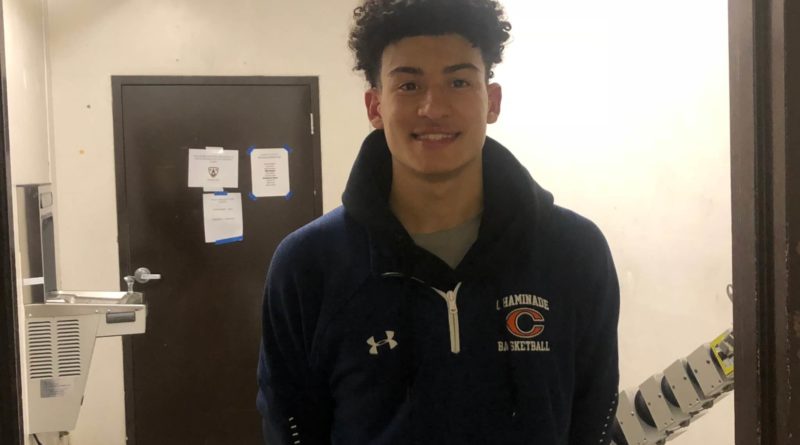 ENCINO — KJ Simpson scored a career high 41 points to lead Chaminade to the Mission League Tournament championship game on Wednesday. The Eagles beat St. Francis 83-78 in a back and forth affair at Crespi High. Chaminade will play Harvard-Westlake in the title game on Friday.

“That’s the best game mentally I’ve ever had,” Simpson said. “I was really focused nothing seemed to distract me, nothing got in my way.”

Simpson, a junior, started slow on Wednesday. He scored just four points in the first quarter. After one, St. Francis led 24-13.

“St. Francis came out aggressive,” Simpson said. “They came out ready to play. They brought a challenge.”

In the last three quarters, Simpson came alive. He scored 10 points in the second, 14 in the third and then 13 in the fourth. Simpson hit two straight two’s to tie the game at 75 and then put Chaminade up 77-75 late in the fourth. The junior then hit four free throws at the end of the game to clinch the win.

“He was feeling it tonight,” head coach Bryan Cantwell said.