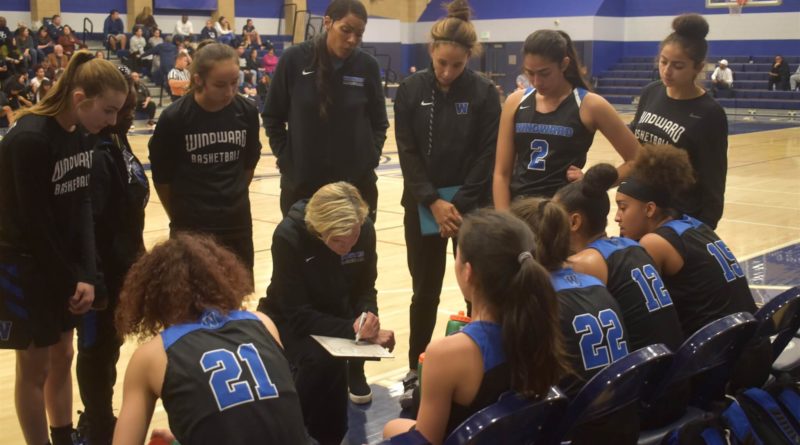 While they are still essentially tied with Sierra Canyon right now, La Jolla Country Day is back on top after beating JSerra 78-29 last week. Additionally, LJCD won their last meeting by one point with Sierra Canyon in December. They’ve not lost all year, which is now over a month old. The Torreys have three more regular season games in which they’ll be heavily favored (needless to say) before the playoffs.

Sierra Canyon is still atop the playoff picture regardless of who potentially gets the top seed in the CIF Open Division once we get deep into the playoffs. The Trailblazers chances of winning it all is as good as anyone’s. They have a league matchup with Paraclete this week and a couple games in New Jersey for the Metro Classic come weekend.

The Wildcats are the highest in the rankings they’ve been this season, and they earned it. Last week they breezed past a great Viewpoint team and made a 58-51 statement win over Long Beach Poly. Their only loss since before Christmas came in overtime to Sierra Canyon, and their only four losses this season have come against top-100 teams in the country. Windward is a legitimate championship contender at every level.

A lot of times this season, Mater Dei has been fourth on our rankings when there’s really almost no drop-off between one and four. The Monarchs are in outstanding shape for the playoffs, and proved it again this week by blowing out Santa Margarita and Aliso Niguel and handling Bishop Gorman with room to spare.

There’s no shame in losing to Sierra Canyon or Windward by single-digits, to say the least. Yet it was enough for Poly to drop from first to fifth in the span of a couple weeks in our rankings. Like the rest of the top several teams in our rankings, they have only lost games to the best teams in the country and have a real shot at winning a state Open Division title.

The Royals handled JSerra and Santa Margarita last week with relative ease. Despite their nine losses on the year, they have to like their chances of going on a deep playoff run even as an underdog to the teams ranked above them.

Speaking of low-seeded threats to win the Southern Section and perhaps state Open Division title, Etiwanda’s four losses this season have come to Long Beach Poly (twice), Mater Dei, and Orangewood Academy by a combined 12 points. Their uncontested sweep of the Baseline League is nearly over and they’ll be a force to be reckoned with in the playoffs.

Just like Etiwanda, King is 22-4 with their only losses coming to higher-ranked teams on this list and Orangewood Academy.

However, they will not complete a league title uncontested. The probable Inland Empire game of the year comes Monday when Corona Centennial gets their rematch with them with the Big VIII League title on the line. Last time, King upset the Huskies with a 14-point margin. It will open the eyes of anyone still sleeping on the Wolves if they beat Cen10 again.

Centennial is the third straight 22-4 Inland Empire team in a row with all their losses coming to elites. And the prior slide tells you pretty much everything you need to know about them this week. As dominant as the Huskies have been this season, they are due for a statement win.

Last week, we had a tie between three teams atop the Mission League. Chaminade broke that tie on Tuesday by beating Marlborough 53-35 after dropping their first league meeting against them. They lost at Harvard-Westlake last time by just a point, and can clinch the top spot for the league playoff by beating them at home this Tuesday if they also beat Alemany.

Both of these teams are still in the Mission League title race, as Harvard-Westlake is still tied with Chaminade with only one loss in league play, and Marlborough is only one game behind them.

Marlborough beat H-W by 13 on Jan. 23rd and then lost to the Chaminade by 18 on the 28th. They need H-W to beat Chaminade and then need to beat H-W on Thursday to share a spot atop the league standings with H-W. Harvard-Westlake could very well win both, one, or neither of those games. However, with the league playoff later this week, all these teams may have one more crack at each other to decide the true Mission League champion.

The Knights are going to be one of the last teams anyone wants to face early in the Southern Section playoffs, and will be a major candidate to pull off a big upset. They’ve beaten Troy, Chaminade, Rolling Hills Prep, Harvard-Westlake, Bishop Montgomery, Bishop Gorman, and Bonita Vista, among others.

After front-loading their season with nationally elite competition that handed them a lot of early losses, Troy is in peak form and finally ten games over .500. They are yet another CIFSS Division 1 team that could upset nearly anyone on any given day.

The Fairmont Prep team that Orangewood Academy lost to is very dangerous, and the Spartans’ two-point loss to them isn’t the end of the world. Going from beating Etiwanda to losing to Fairmont Prep in the span of a week is a big swing in the wrong direction, and will cost them sole ownership of the league title since both squads will finish league play with only one loss. But that won’t mean anything come playoff time.

The Spartans have a few games this week against Sage Hill, Palisades, and Avalon to build up some more momentum for the playoffs. They are still firmly planted around the top of the Southern Section 2-AA race right now, but won’t have any room for error if they want to avoid a fairly early exit.

After North took them to double overtime the first time, West took care of business in regulation by ten points in the second go-around of league. They’ll be favored again this week against South and Torrance.

The Dons were steady last week, beating Serra (San Diego) and Bishop’s. This week they face Mira Mesa and an El Cajon Christian team they can’t sleep on.

The Mustangs lost by ten to King, but will hope to pull off some magic this week with a rematch against Corona Centennial.

Fairmont Prep never fell far out of our top 25, and a 52-50 victory over Orangewood Academy firmly plants them back in it. They lost 50-36 the last time they faced the Spartans and this win will not only get them a share of a league title most likely but also boost them in numerous ways going into the playoffs.

One more win this week for Bishop Montgomery and the Del Rey League title will be theirs. They have to beat St. Anthony or Bishop Amat to clinch it. Neither of those wins are givens, but they’ll likely win both.

Saugus is about to run away with a Foothill League title after beating West Ranch and Golden Valley by a combined 130-25 last week.

It was concerning how much trouble the Aztecs had putting away Brea Olinda. Still, the Aztecs are 23-3 for a reason, and their only losses have come to Troy, St. Paul, and Aliso Niguel. They have Canyon (Anaheim) and Foothill this week, and need everything they can get before playoff time.

Camarillo’s convincing sweep through the Coastal Canyon League is almost over. They haven’t beaten many great teams, but their only losses came against Chaminade, Corona Centennial, and Saugus.

It was business as usual for yet another team almost done tearing up league play. Flintridge Prep has only lost to Rosary Academy, Redondo Union, and Saugus.

While losing to West again was disappointing, it’s still a great track record to have only lost two close games to West Torrance on the season.