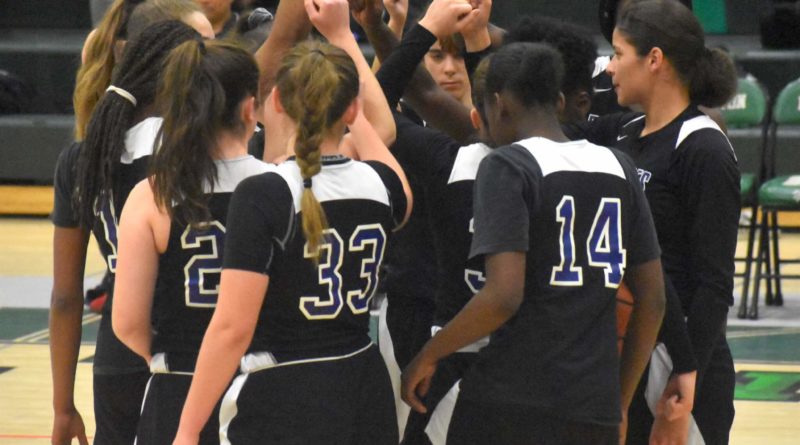 This week’s rankings were shaken up drastically last week with a lot of scrambling in the West Valley League, which has been the best in the City Section this season by a wide margin. Most predominantly, El Camino Real gave Granada Hills Charter their first league loss a week after a disappointing loss to Birmingham, who lost to a dark horse in Taft.

The Dolphins essentially claimed the Western League title by defeating Hamilton by single-digits again on Wednesday. And with Granada Hills Charter finally dropping a league game against El Camino Real, they have a solid chance at getting the first seed in the playoffs. But the rest of the pack couldn’t possibly be closer behind them.

Palisades’ ball movement and floor spacing make them very hard to guard in the half-court. Without overwhelming height, they also play with a physical edge. They might be on a collision course with Hamilton yet again should the teams get the No. 1 and No. 4 seeds and meet in the semifinals. That would be a must-see draw.

For the first time all season, GHC isn’t the top-ranked team, although their playoff chances are still as good as anyone’s. Because El Camino Real lost to Birmingham over a week ago, Granada Hills Charter will still likely win the brutal West Valley League though, and take a higher seed in the playoffs for what that’s worth.

The Highlanders, who won their prior meeting by 21 points, went cold against El Camino Real, who seemed to have their number that night from the second quarter onward. If the two teams were to play again, which they might in the playoffs, it would be a tossup, and they are essentially tied. Granada Hills Charter should be concerned that another City Section contender figured out how to match up with them inside, but they shouldn’t lose too much confidence either.

Putting El Camino Real behind Granada Hills Charter after they had to earn every bit of their 43-37 victory over them feels a little odd. ECR trailed 18-7 after the first quarter and didn’t seem to have answers for their length disadvantage. The Conquistadors fought back for the entire rest of the game, even with two key players missing parts of the game due to injuries around the knee area and then coming back, and another key player injuring her leg and not returning.

However, they lost by 13 to Birmingham a week prior to Friday’s outstanding win, so if Granda Hills Charter beats Birmingham and Taft this week then GHC still wins the title and the higher seed in the playoffs. GHC beat those two by a combined 33 points in the first go-around of league, but neither are givens.

El Camino Real will have plenty of opportunities in the playoffs, perhaps directly, to prove it if they are the better team over Granada Hills Charter, so their time to pass them in the rankings may come.

The fact that Hamilton lost by single-digits to Palisades in both of their only league losses but find themselves three teams behind them in our rankings shows how tightly packed the championship race is. The Lady Yankees have what it takes to make a deep playoff run, but will be underdogs by the end of it if they do.

They take a lot of threes and are a danger to themselves in others in that they live, and sometimes die, by the three-ball, especially given that their floor spacing collapses when they go cold. When they are hitting them–and driving lanes open up five players deep as a result–they are capable of knocking off anyone.

Five and six are essentially tied with Crenshaw and Narbonne both currently undefeated in league. Crenshaw is almost certainly going to remain that way through this last week. The second best team in the league by a margin has been Harbor Teacher, but Crenshaw beat them by 37 the first time and that was not even two weeks ago.

Narbonne has blown out everyone in the Marine League not named Carson, who is a strong second dog in the league. They only beat Carson by four points the first time, and they play again on Wednesday. If they put the Colts away in convincing manner, they will likely be in our top five come the playoffs next week.

The Colts haven’t had a lot of signature wins on the year, but they proved they can play with Narbonne. If they can beat them on Wednesday, that would vault their chances of a playoff run from an outside perspective.

With Legacy 9-0 in league, eighth feels low for them. The reason for their low ranking is that their league isn’t as competitive as the others represented in the top ten, and they lost by 23 to Narbonne earlier this season as opposed to Carson who lost by four.

Still, with the roll the Tigers are on now, I wouldn’t be surprised if they keep turning heads going forward. Next up is the playoffs where they will have every opportunity to prove that they’ve been slept on for too long.

The Toreadors beat Birmingham the first time they met this season, but narrowly edging them out again after Birmingham beat El Camino Real is huge. This is the biggest week of the regular season for Taft with Cleveland, El Camino Real, and Granada Hills Charter on deck. They beat Cleveland by 16 less than a week ago and will be favored to do it again on Monday in order to contend for a league title in the hectic West Valley League.

After losing again to Taft with El Camino Real knocking off Granada Hills Charter, Birmingham’s 13-point victory of ECR on Jan. 24th now appears to have been a major upset on paper. With ECR having knocked off the former No. 1 team right after losing to Birmingham, it means that Birmingham at least has a fighting chance to upset anyone in the City Section on any given day.

If they can at least give GHC a run for their money this week, that would be huge going into the playoffs. It would be a wild turn of events if Birmingham didn’t make a playoffs that ECR could potentially end up winning.