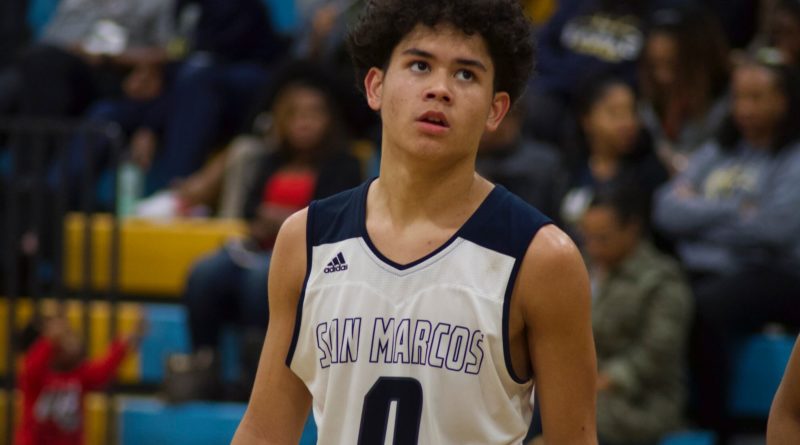 The Dons took down San Diego and La Jolla by a combined 77 points last week. They’ll play three ranked teams this week. St. Augustine on Tuesday, Christian on Friday, and Mater Dei Catholic on Saturday at The Battle at the Bay.

The Saints beat seventh-ranked Christian on Friday and put on a defensive display in a win over Capistrano Valley at Mater Dei’s Extravaganza on Saturday. They’ll play at top-ranked Cathedral Catholic on Tuesday and must regroup after losing senior guard Tyson McWilliams for the season.

The Lancers stayed undefeated in the Coastal League with sizable wins over Bishop’s and Orange Glen. They’ll play La Jolla Country Day and Army-Navy this week and then take on seventh-ranked Christian on Saturday at The Battle at the Bay.

The Falcons moved to 6-0 in league play with home wins over Canyon Crest and Carlsbad. They’ll be on the road against Mission Hills and Canyon Crest this week before taking on fifth-ranked Foothills Christian in the nightcap of the Battle at the Bay.

The Knights were solid in two road league wins over Santa Fe Christian and Bishop’s. They’ll play at Orange Glen on Friday before an Open Division Championship rematch against Torrey Pines on Saturday.

Poway defended home court against Westview and Mt. Carmel last week. They’ll host La Jolla in a non-league contest before traveling to take on Del Norte in their most difficult game of league play.

The Patriots gave up a late lead in their loss to second-ranked St. Augustine on Friday. They’ll play Mission Bay on Tuesday before back-to-back games against Cathedral Catholic and Francis Parker on Friday and Saturday.

The Crusaders beat Bonita Vista on Wednesday, but followed it up with one of the more surprising results of the season in a loss at Eastlake. The Crusaders now find themselves only one game ahead of Olympian and Bonita Vista in the league standings. They’ll play three games over four days in the back half of this week.

Jailen Nelson had 40 points to lead Carlsbad to a double-overtime win against Mission Hills, but the Lancers followed it up with a loss to fourth-ranked Torrey Pines. They’ll play at tenth-ranked San Marcos and host Mission Hills in a rematch this week.

The Knights took down La Costa Canyon in overtime and followed it up with a convincing win at Canyon Crest. They’ll look to make a move in the league standings when they play Carlsbad and La Costa Canyon this week.