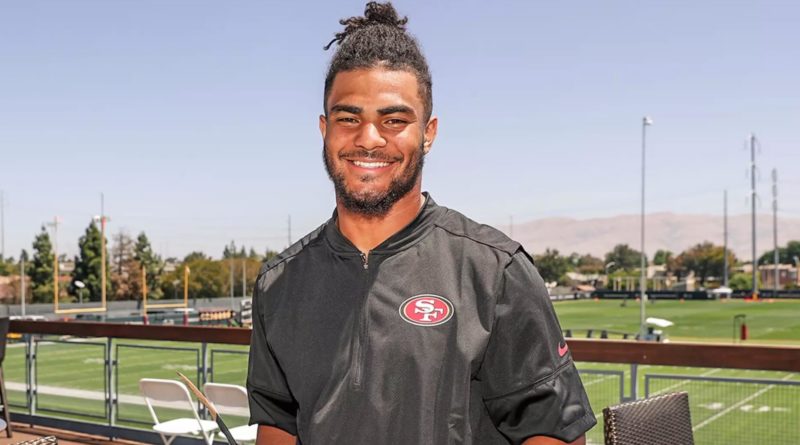 San Diego has had a long history of success in Super Bowls, led by two Lincoln High School graduates in Marcus Allen and Terrell Davis who both are former Super Bowl MVPs. The 2020 Super Bowl features San Diego connections on both the San Francisco 49ers and Kansas City Chiefs — and even with the head referee.

Vinovich will be working his second Super Bowl as the head referee. He played football for two seasons at the University of San Diego before graduating in 1983. He’s been officiating NFL games since the 2001 season and also is a college basketball referee.

Brunskill was a tight end and also played volleyball at Valley Center HS, where he graduated in 2012. Brunskill didn’t transition to the offensive line until his senior season with the Aztecs and was named to the All-Mountain West team. He went undrafted in 2017 and briefly saw time on the Atlanta Falcons practice squad before playing in the AAF in 2019. Brunskill signed with the 49ers in April and has played in every game since week four, making seven starts during that time.

Warner was named CIF Defensive Player of the Year his senior season at Mission Hills after leading the Grizzlies to the first ever Open Division Championship. He kept his commitment with BYU, despite the last-minute efforts of several Pac-12 programs. Warner played in 49 games for the Cougars and was named team MVP his senior season. The 49ers selected Warner in the third round of the 2018 NFL draft, and he’s started every game for them since. He became a household name this season, racking up 118 tackles, three sacks, and three forced fumbles.

Toilolo was a highly recruited tight end out of Helix where he graduated from in 2009. He chose Stanford over Florida and Vanderbilt. Toilolo left Stanford after his junior season and was selected by the Atlanta Falcons in the 4th round of the 2013 draft. He played for the Detroit Lions last season and is finishing up his seventh year in the NFL.

Smith was an All-CIF selection his senior season at Cathedral before heading on to play at Boston College. He played in 40 games for the Eagles over his four seasons and recorded 138 tackles. Smith signed with the Detroit Lions as an undrafted free agent this past year and later was signed to the 49ers practice squad on the last day of December.

Dwelley attended El Dorado Hills HS in the Sacramento area before heading to USD to begin his college career. Over four seasons for the Toreros, Dwelley amassed over 2,300 receiving yards and caught 26 touchdown passes. He signed with the 49ers as an undrafted free agent and spent his first season on the team’s practice squad. Dwelley has played in all 18 games for San Francisco this season and has made six starts at tight end.

Barrett played high school football at Desert Ridge HS in Arizona. Barrett played in 50 games for San Diego State over his four seasons, racking up 40 tackles for loss and 19 sacks. He was twice named an All-Mountain West 1st team selection. He signed with the Detroit Lions in 2017 as an undrafted free agent but was released after the season. He signed with the 49ers in November and has been on the practice squad since then.

A 1990 Torrey Pines grad, Lynch went on to star at Stanford before getting drafted by the Tampa Bay Buccaneers in 1993. Lynch was named to nine Pro Bowls and won a Super Bowl in 2003 before retiring after 15 NFL seasons. Lynch has been a finalist for the Pro Football Hall of Fame seven times. He became the 49ers General Manager in 2017.

Williams played his freshman season at El Cajon Valley HS before transferring to Mira Mesa HS for his last three seasons. He was a 1st Team All-CIF selection during his senior season which included some of the best names San Diego has ever seen. He played two seasons at Arizona Western College before transferring to Oklahoma. He was dismissed from the Sooners early in senior season and signed with the Miami Dolphins as an undrafted free agent. He played four seasons with the Dolphins and signed with the Kansas City Chiefs in 2018. The 2019 season has been his career best, as he’s scored seven touchdowns for the Chiefs on their way to the Super Bowl.

Wells played his high school football at Clovis North HS in the Fresno area. He went on to play 52 games for the Aztecs over four seasons. He originally signed with the Dallas Cowboys as an undrafted free agent and immediately signed with Kansas City after being released. He’s in his second season on the Chiefs practice squad.

Seale was a standout at Escondido HS, where he ran for 6,390 yards and 80 touchdowns and cemented his spot as one of the best running backs in section history. Seale was a 1st team All-CIF running back his senior season alongside Chiefs running back Damien Williams and other NFL players Kenny Stills and Tony Jefferson. Seale went on to play 47 games during his career at Stanford and later signed with the Buffalo Bills, playing in two preseason games before going into the Chiefs front office. His father Sam Seale is a scout for the Green Bay Packers.