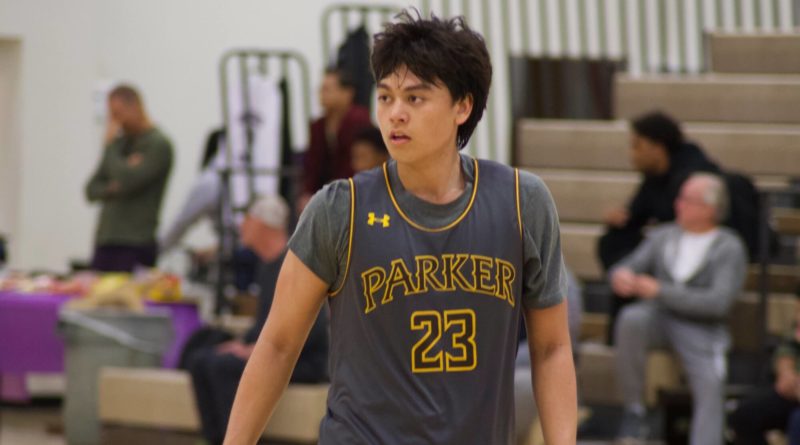 At the halfway mark of the high school boys basketball league schedule in San Diego, I decided to take a look at the top five performing leagues in the county this season and how they sit as the playoff brackets will be announced in just over two weeks.

The Western League has been very strong at the top this season, with St. Augustine and Cathedral Catholic holding the top two spots in the county rankings for much of the season. After two offseason coaching changes, Christian has rebounded strong this season and is sitting right in the thick of things for an open division playoff spot. All four of the Patriots losses this season have come against top five teams in San Diego. Mission Bay won’t be an open division team as was the case the past two seasons, but the new look Buccaneers have competed well against a strong schedule and could use a couple wins down the stretch to grab a home game in the division one playoffs. La Jolla has been inconsistent this season but have shown what they’re capable of in wins against Eastlake and Mission Hills. The remaining five games are not easy as the Vikings currently sit two spots out of the division two playoffs.

Torrey Pines saw their 58-game league winning streak come to an end last season at Carlsbad, but the Falcons have won nine straight since then and remain the class of the league. Torrey Pines is off to a 5-0 start in league play and could be seeded anywhere between three and seven when the open division brackets are released. Carlsbad has lived dangerously in their last few games, with Jailen Nelson leading the charge in comeback wins against La Costa Canyon and Mission Hills. The Lancer’s open division hopes are not dead, but a top four seed in division one seems much more likely. San Marcos’ win over La Costa Canyon on Tuesday summed up how the last week has gone for the Mavericks. They’ve lost three in a row by a combined nine points and have gone to overtime in two straight. San Marcos currently sits as the three-seed in division one and will likely end up as a top seed with the two teams ahead of them, El Camino and Carlsbad, having beaten them head to head. Mission Hills is one victory away from doubling last season’s win total, but curious losses against El Camino Real, Mission Prep, and La Jolla will likely cost the Grizzlies from having more than one home in the division one playoffs. Canyon Crest has yet to win a league game but have played each of the top three teams in the league to single digit games. The Ravens are the only division two team in the league and will likely begin the playoffs on the road but could make a run as nobody in the division has a better strength of schedule.

Foothills Christian was expected to be the top team in the seven team Coastal League, but it’s been the Francis Parker Lancers who have stolen the show at the halfway point. Foothills Christian sits at 6-1, only a half game back in the standings of Parker but lost to the Lancers on their home floor in their first matchup. Both teams appear to be locks for the open division but could find themselves seeded anywhere from two to seven depending on their final two and a half weeks in the season. Both Foothills Christian and Parker will be in action at The Battle at the Bay on February 8th, Parker against Christian and Foothills Christian against Torrey Pines. Santa Fe Christian appears to be the third best team in the Coastal League this year. The Eagles have dealt with significant injuries this season and have managed to get to 16 victories, but losses to teams ahead of them will likely keep them in the division one playoffs. Of the bottom four teams in the league, La Jolla Country Day and Bishop’s are locked into playoff spots as division one teams, while Army-Navy and Orange Glen currently sit in the top third of the division two rankings with each likely hosting at least one home playoff game.

Mater Dei Catholic entered the season as the team to beat in the Metro – Mesa, and still is two months into the season. The Crusaders will be an open division team, though head to head matchups against Torrey Pines and Poway from early in the season may come into play at seeding time. Bonita Vista sits at 3-1 in league and has impressed this season but an early league loss to Olympian will likely keep them from having a chance to challenge Mater Dei for the league title. The Barons currently sit as the top seed in division two and will likely keep that spot over their last six games. Olympian is 2-2 and currently positioned in third place. The Eagles are the seven-seed in division two as of now and will need to finish league play strong to keep their spot to host a first-round game. Montgomery, Eastlake, and Otay Ranch are all 1-3 in the Metro – Mesa. Success in recent years has boosted Montomery up to division one, though the Aztecs are likely to be the 14 or 15 seed. Eastlake currently sits as the three-seed in division three and has a decent shot to move up to number two if they can grab a couple wins to finish out the season. Otay Ranch is 16-6 and currently the three-seed in division two but could move either direction depending on their final six games.

San Diego and Serra were the two preseason favorites in the Eastern League, though things have changed in what has been a very competitive league. Lincoln, the current leader at 3-1, has already taken down 2nd place Serra on the road. The Hornets as of now are the eight-seed in division two and sit one spot ahead of Serra. Their matchup on Friday will likely go a long way as to determining the seeding in division two. Scripps Ranch is 2-2 in league, but currently sit as the fourteen-seed due to early season losses when the Falcons were still without their football players. They’ll need wins over their last four games to secure a playoff spot. San Diego is 1-3 in league, but thanks to significant early season wins and a strong schedule, the Cavers are sitting in the two-seed in division two. They’ve lost five games in a row, four of them since losing senior starter Steve Stinson to a leg injury and three without junior Myles Bennett. The Cavers will need to regroup over their last five games to keep pace with the teams around them. Point Loma is 1-3 tied with San Diego but have a win over Scripps Ranch on their resume. The Pointers are currently the fifteen-seed in division two. Their second matchup against Scripps Ranch could go a long way towards securing a playoff spot this season.