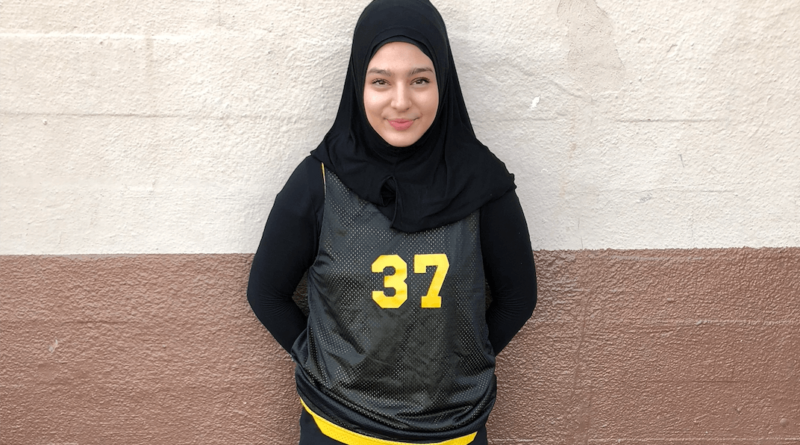 Leila Saab had never cried over a celebrity death. That changed on Sunday.

When Saab heard that Kobe Bryant died in a helicopter crash, she sobbed uncontrollably.

Because without Kobe, Saab wouldn’t be playing basketball. She wouldn’t be her Bell High School girls basketball team’s DJ on road trips and she wouldn’t have won a City title last year.

Saab moved with her family to Los Angeles from Lebanon in 2008 following the Israel–Hezbollah War that took place in her native country two years prior. She was six years old.

“It was hard,” Saab said during a basketball practice in December. “I liked living there.”

When she got to the United States, Saab was almost immediately introduced to basketball.

“I grew up playing basketball with my cousins,” she said. “I have a lot of cousins that are always watching the games and I thought it was cool so I eventually tried out.”

She started playing basketball in seventh grade and then continued in eighth grade, but when she got into high school, she hit a roadblock. Saab made the freshmen team, but her mother wouldn’t let her play. She didn’t feel comfortable with Leila being the only Muslim on the team and she didn’t want her daughter out late at night coming back from road games.

“My mom’s very traditional; she was never going to support me playing basketball,” Leila said.

For most girls in Saab’s situation, that would be that. Bell coach Adrian Castillo has had other Arab girls try out for his team and then make it, only for them to tell him later on that their parents won’t let them play.

For Saab, not playing wasn’t an option. She told her mother that her cousin who played on the boys soccer team would be able to help her get home in the evenings and that she didn’t mind being different and wearing her hijab during practice and games. But there was still pushback.

Saab persisted, thinking about Kobe and his Mamba mentality.

“He’s the reason I begged my parents to join the team because his mentality was if you really want something then you go and get it,” she said.

Eventually Leila’s mother gave in, but the agreement was she’d only play one year. When sophomore year rolled around, Saab faced the same predicament. She had made varsity following the tryouts, but she told Castillo she wouldn’t be able to play because it went against her mother’s wishes.

Castillo made all of the difference.

“It was mom I had to battle with,” he said. “Communication was the key.”

Last season Castillo used a reminder app to notify parents about the team’s whereabouts and whether they were running late or not trekking back from road games. That was enough to convince Saab’s mother to let her play in year two, but she’s made it known to her daughter that she’s still against it.

“She doesn’t support me on it,” Leila said. “But I told her it’s my life. I want to have fun in high school.”

Saab started as a forward on Bell’s City title team last season and has made a great new group of friends thanks to the sport.

Basketball has taught Saab to be comfortable in her own skin. She’s never encountered another player who wears a hijab, long sleeves and pants to games, and at first that made her uncomfortable.

“I’m the only Muslim playing here, what do I do?” she’d ask herself. “I don’t fit in. I’m different. But then I started to take it as a positive. I’m different, I should continue playing. I wanted to be an inspiration to others. I like helping people and I actually have been an inspiration to others. I have a friend that wants to tryout next year and her mom surprisingly says that I’m a reason why she wants her daughter to try out.”

Throughout her basketball journey, Saab has consistently thought about Kobe, about his mentality, his will, his passion and work ethic.

When it comes to basketball, Leila and her mother have never seen eye-to-eye. But on Sunday when Leila spent the afternoon weeping, there were no questions or eye rolls.

“She got it,” Leila said. “We grew up watching the Lakers. She understood why I was so upset.”