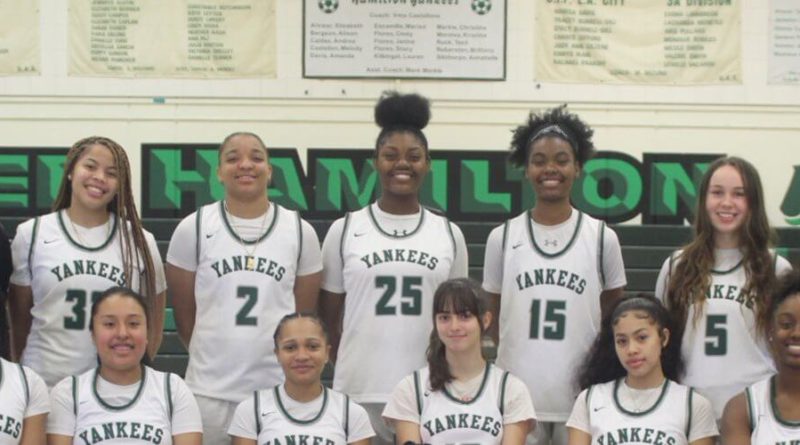 Unsurprisingly, the Highlanders are still at the top after another smooth week. They breezed past Taft and blew out Chatsworth. While nothing is set in stone, they will likely win out for the rest of league play and show up to the playoffs the heavy favorite to win it all. They have to bring their A-game against El Camino Real this week though.

How hot is Pali? They were on a seven-game winning streak until Saturday when they were one possession away from shocking Chaminade, and that was on the second night of a back-to-back. They are the biggest team GHC needs to be worried about in the playoffs, in addition to…

Whoever wins between Hamilton and Palisades in their league, and in the playoffs should they meet again there, will be the biggest upset candidate to take down Granada Hills Charter. When they played last time, Palisades won 53-51. That was six weeks ago and both teams are in rhythm right now. Palisades will be the favorite to win again when they play on Wednesday, but by all means it will be anyone’s game.

While they have a losing record, Birmingham has quietly been pretty solid for much of the season. When they first played El Camino Real a couple weeks ago, they had a solid showing and only lost by eight. On Friday, they got their revenge, and by 13 points.

As slightly big of an upset as this was, there were plenty of signs that it wasn’t out of the question. At times this season they’ve hung around against much higher-ranked teams out there and beaten the lights out of others. Prior to their big win, they were at least competitive in a 14-point loss to GHC before wrecking Chatsworth. El Camino Real had been starting to slump themselves since losing to GHC by 21 and had quite a bit of trouble putting away other teams since then.

Birmingham is now really on the playoff radar, but has to again make a contest out of Granada Hills Charter on Friday to stay on it. They also can’t sleep on Taft next week.

While it could’ve been even better, Narbonne had a great week going 3-1 against some serious competition.

They upset Gardena Serra, who is unpredictable but talented, in a close one, and that’s a major sign that they could go deep into the playoffs if they put it all together for a few games in a row. Then they crushed Rancho Dominguez and edged out rival Carson in a close one. No shame in losing 63-50 to St. Anthony less than 24 hours later.

El Camino’s slump may possibly be attributed to getting rolled a couple weeks ago by Granada Hills Charter in a game they expected to compete in. That’s when their diminished play started statistically, but it’s just speculation.

Either way, they are still a whopping 18-6 and have shown many times this year that they are one of the most dangerous teams in the City Section–including come playoff time–when everything goes smoothly. A league title is likely out of the question now even if they were to upset GHC on Friday, but at this point they should be more invested in getting everything straightened out for playoff time.

That’s when they’ll likely have their best chance to try to knock out GHC, and when it would mean the most. Especially if they can avoid their side of the bracket, ECR would at minimum remain a major threat to make it to the finals. There’s no reason they can’t rise back to the top few.

Seven through 11 is one big cluster that is pretty hard to pick apart, but Crenshaw seems to be at the top of it.

Crenshaw lost a nail-biter against Alemany before cleaning up against some overmatched league foes. Because they play in a relatively easy league, they will be one of the hardest teams to predict in the D-1 playoffs. They’ll almost certainly win out and show up at 20-6.

We’ve been saying for weeks that despite their poor record, Westchester is dangerous. They had a shot to prove it against Mayfair last week, and they capitalized to the tune of 67-47. Keep in mind that they’ve had the most loaded schedule in the City Section besides probably Granada Hills Charter because of their brutal preseason. In the next week they’ll have two intriguing rematches against Palisades and Hamilton to prove it.

It was a ho-hum week for Carson. They lost by double-digits to a strong Lakewood team who they probably could’ve pushed a bit more, and lost by four to Narbonne. Still, neither of those losses are big stains on their record. They’ve taken care of business all year against teams who aren’t on their level, and have another shot at Narbonne next week.

West (Torrance) is a fearsome foe, but Legacy really would’ve loved to lose by less than 38. However, they rebounded to beat Bell by 26 points. The Tigers do a great job cleaning up on the teams they have to beat, but haven’t capitalized on opportunities for statement wins against great teams. We’ll see if they can get hot come playoff time though.

It would feel right not to mention Taft because they are right on the bubble of the last three or four teams. They beat Birmingham just two weeks ago, and kept it under 20 against GHC and under ten against El Camino Real in reasonable losses since then. Taft still has opportunities to both turn heads and get blown out with most of the West Valley League gauntlet still on deck.