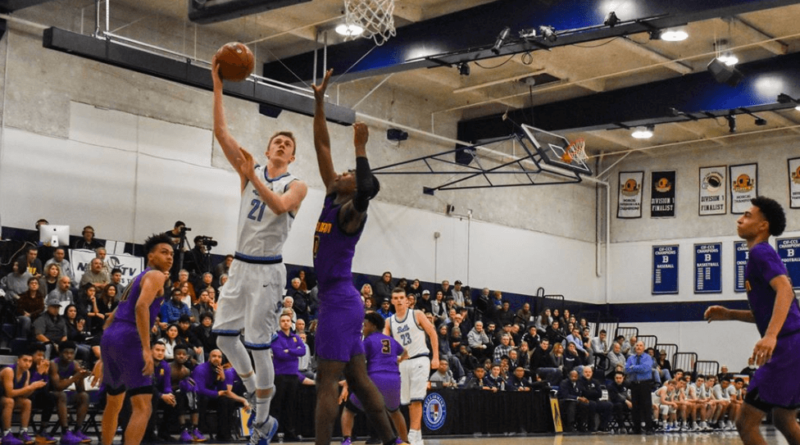 Here are Scorebook Live’s Top 25 California high school boys basketball rankings for the week of Jan. 27. Our rankings encompass the entire state and are compiled by Scorebook Live California reporters Connor Morrissette, Bodie DeSilva and Lance Smith. The rankings will be released weekly during the regular season.

The Trailblazers won two Gold Coast League games this week, including a 71-68 victory over Windward.

The Huskies dominated Windward 66-45 on Saturday.

Since losing to Sierra Canyon at the Classic At Damien in December, Etiwanda has won ten games in a row.

Sheldon has lost two of three. Their loss to Elk Grove Cosumnes Oaks was a head scratcher and moves the Huskies down to five even though they have a head-to-head win over Corona Centennial.

Harvard-Westlake is undefeated in the Mission League at 5-0, but the Wolverines were upset by Santa Monica on Saturday 49-35.

The Braves sit atop the Trinity League with a 5-1 record.

The Crusaders are alone atop the loaded West Catholic League, which propels them into the the top ten. Archbishop Riordan has won six games in a row.

Santa Clarita Christian has won four games in a row since losing to Taft two weeks ago. They’ve beaten Rancho Christian and Heritage Christian this season.

Windward had a tough week falling to Sierra Canyon and then losing big to Corona Centennial.

Heritage Christian has lost two in a row to Windward and Village Christian. Their best win is over Etiwanda.

JSerra was blown out by Mater Dei but the Lions finished the week strong with a win over Santa Margarita.

With Nick Bowden back from an ankle injury, St. Bernard is playing like the team that won the Westchester Tournament earlier in the season. They’ve won four straight.

The Cougars have won 15 straight games since losing to JSerra early in December.

Following a surprising defeat to Lynwood, Fairfax blew out Venice 88-29.

The Huskies beat up Loyola 68-49 on Saturday.

Poly lost a close one to Rancho Christian 73-71 on Saturday.

The Bells debut this week. Their best wins are over Archbishop Mitty and San Mateo Serra.

The Eagles have lost two of their last three in the Mission League, but picked up a win over Salesian College Prep on Saturday.

The Gaels have lost three of five, but they have too many quality wins to miss out on this week’s Top 25.

Salesian lost Chaminade 60-50 on Saturday. Before that, they had won 11 games in a row.