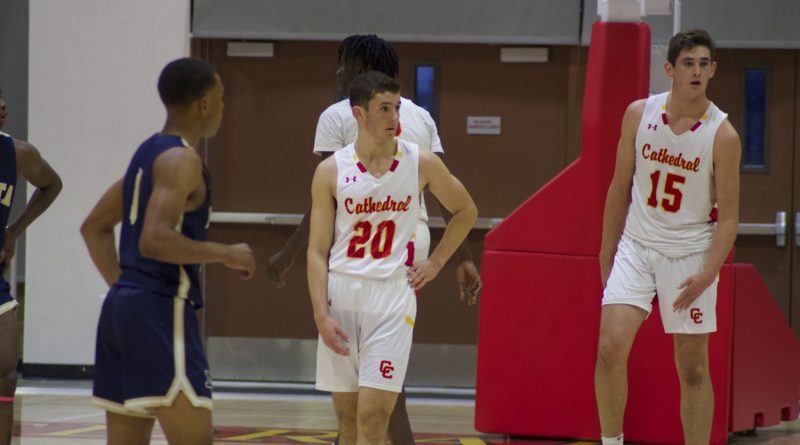 After losing to Coronado (NV) on Monday, the Dons bounced back with a 40-point win over Mission Bay to remain unbeaten in the Western League. They’ll host San Diego and La Jolla this week.

The Saints won two league games on the road this week. They’ll host Christian on Friday before traveling up to play Capistrano Valley in the Mater Dei Extravaganza.

The Lancers jumped up to number three this week after registering a huge road victory over previously top-ranked Foothills Christian to take control atop the Coastal League. They’ll take on Bishop’s and Orange Glen this week.

The Falcons won at San Marcos and then recovered from a 17-point halftime deficit to win at rival La Costa Canyon. Torrey Pines will host Canyon Crest and tenth-ranked Carlsbad this week.

The Knights lost to (Los Angeles) St. Bernard and dropped their first league game, at home to Francis Parker. They finished the week with a win over Army-Navy. They’ll play at ninth-ranked Santa Fe Christian and Bishop’s this week.

Mater Dei Catholic improved their league record to 4-0 with road wins over Olympian and Montgomery. The Crusaders will take on Bonita Vista and Eastlake this week.

The Titans took down Del Norte and Rancho Bernardo by a combined 62 points this week. They’ll take on Westview and Mt. Carmel this week as they look to stay unbeaten in league play.

The Patriots took down La Jolla by 35 points this week and will be off until Friday’s game at St. Augustine.

Santa Fe took down Orange Glen on Wednesday and outscored La Jolla Country Day by 24 points in the 4th quarter to record a huge comeback victory. They’ve got Foothills Christian and Army-Navy on the schedule this week.

The Lancers took down La Costa Canyon thanks to a Jailen Nelson buzzer-beater and picked up additional wins over Canyon Crest and Rancho Bernardo. They’ll be at fourth-ranked Torrey Pines and Mission Hills this week.