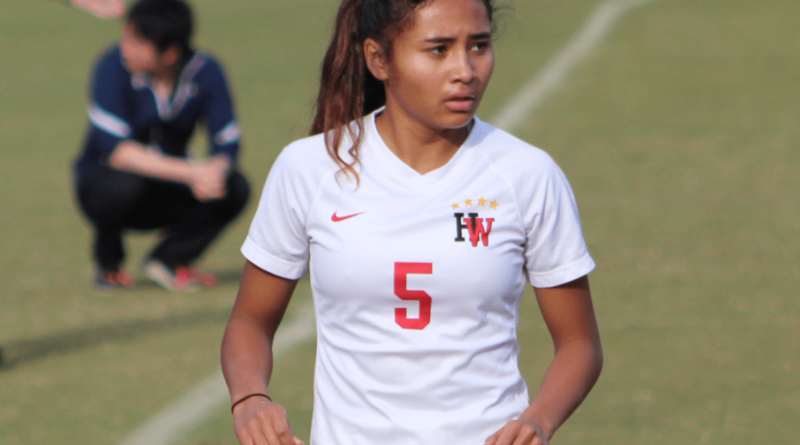 LOS ANGELES — After missing the first 14 games of the season, Harvard-Westlake freshman forward Alyssa Thompson finally made her debut for the Wolverines on Friday in a non-league game against Marymount.

Thompson hadn’t been injured or ineligible for those opening 14 matches, she had club soccer obligations and then was at a U.S. Under-17 Women’s National Team training camp from January 5-15.

“Special” was the word Harvard-Westlake Athletic Director Jason Kelly used to describe Thompson. “We’re very happy to have her.”

Thompson scored a hat trick on Friday leading the Wolverines to a 5-0 win. She couldn’t have asked for a better start to her high school career.

“It was really fun playing with my team,” Thompson said. “I couldn’t have scored those goals without them.”

“I wanted to be a part of it,” Thompson said. “Being with the girls is great. They’re really sweet and nice, plus I think I get better during high school. It’s more practice and I get better.”

Thompson will most likely have to miss high school games in February due to another national team training camp. She has practiced a decent amount with the Harvard-Westlake squad, but hasn’t played much due to having to rest in order to be fresh for club and country.

The scheduling and traveling sounds taxing, but Thompson says otherwise.

“Everyone is handling it really well,” she said. “I don’t feel too stressed.”

Eventually, Thompson plans to play in college and then hopefully for the senior US Women’s National team. But for right now, she’s focused on her next match with her friends, the way high school sports should be.

“I can’t wait for more games.”