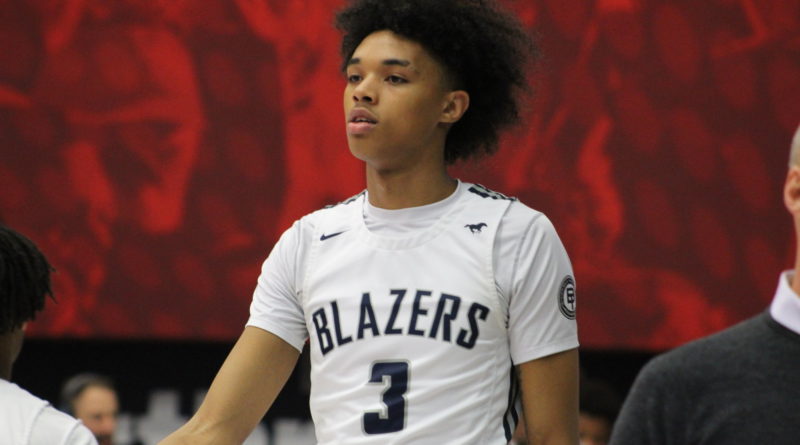 How many 7-foot-3 centers can hit clutch free throws? Yu went five of five from the charity stripe on Thursday. He hit two with 19.8 seconds left to seal the win for the Trailblazers. His scoring was a major factor, which hasn’t been the case too often this season.

If Windward had come out on top, we’d be hearing much more about Devin Tillis’ performance. The UNLV commit had 27 points, but his scoring wasn’t the best part of his game. Tillis is an incredibly smart basketball player and his intelligence was on full display on Thursday.

His fouls are strategic. If he’s beaten, he’ll make sure his man earns two points at the free throw line. He also knows exactly where to position himself to gain a rebounding advantage against a bigger player. Tillis knows how to get under opponents’ skins as well. At one point on Thursday, Tillis was playing aggressive defense on Ziaire Williams and Williams shoved him away. Tillis continued defending that way, which led to another shove and a technical foul against Williams. The Windward senior then hit both of the free throws. He’s a guy you want on your team.

WHAT THIS RESULT MEANS

Sierra Canyon will most likely win their seventh straight Gold Coast League championship and head into the Southern Section Open Division playoffs as the number one overall seed following this win. Windward could potentially be the seventh or eighth team in the Open if they beat Corona Centennial on Saturday, but they’ll probably be in the Division 1 field.

This game also hit home that it takes a transcendent performance to beat Sierra Canyon. Most teams would lose to Windward if Tillis scored 27 points, but the Trailblazers are different. They have so many weapons and were able to overcome Tillis’ high point total.

It sounds obvious, but it will take a special showing from one of the Open Division teams to knock out Sierra Canyon in the playoffs, a performance similar to what Rancho Christian produced in the Classic At Damien championship game. Windward played very well on Thursday, but couldn’t quite get to that level.