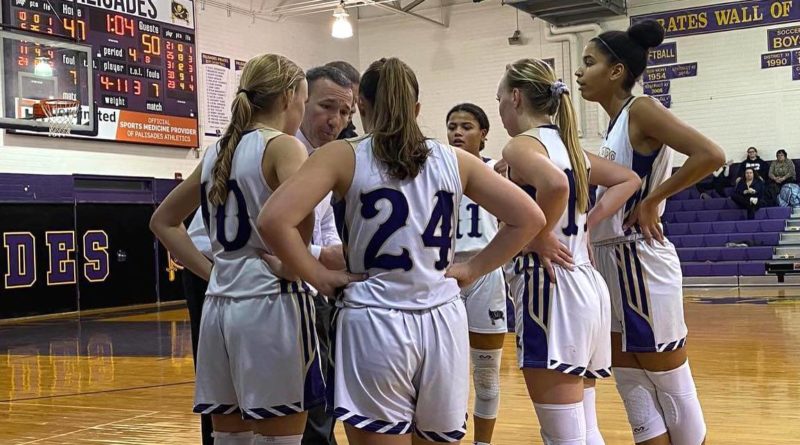 Right now the rankings are capped at 10, with honorable mentions. The number of ranked teams may grow in coming weeks.

After beating El Camino Real by 21 last week and breezing by Birmingham as well, GHC is now pretty far ahead of the pack. Given their crazy preseason schedule, it seemed likely that they’d translate their work into wins come league. Now they’re rolling and don’t plan to slow down.

Palisades had a huge 4-0 week, blowing out Westchester, University, and Venice during the week, and still finding the energy to upset Redondo Union on Saturday.

The Conquistadors’ first showdown with Granada Hills Charter did not go as hoped, but they rebounded to beat Taft two days later.

The Lady Yankees nearly dropped 100 on Fairfax before narrowly edging out Westchester. Hamilton’s main league foe Palisades beat Westchester pretty badly, so it’s not a great sign that they barely were able to close them out. But Westchester is a tough out and a W is a W, and Hamilton gets their second shot at Palisades next week.

In their first two games last week, Narbonne beat Gardena and Banning by a combined…143-3?! They then lost to Leuzinger 47-34 but Leuzinger is very strong so that’s about par for the course. This week they have huge matchups with Gardena Serra and Carson.

Speaking of crazy point differentials, on Wednesday the Cougars beat Hawkins 96-2. Factor in two blowout wins against Locke and Ventura, and they won the week 257-43. Among their slated games this week is a major showdown with Alemany.

The Tigers blew out South East and Huntington Park before falling 64-41 to Gardena Serra. This week has only two games in store for them, but both are big ones–West (Torrance) and Bell.

Last week, Westchester nearly upset Hamilton and then beat Los Angeles CES in one of their biggest games of the year. That’s a successful week. This week has a great test in store for them with Mayfair.

The Colts beat Banning 80-28 on Wednesday. Friday is one of their biggest games of the year, a league rivalry game against Narbonne. Some will consider Carson the underdog, but they have a very solid chance at pulling out a huge win.

It was a good week for Taft. They beat Birmingham by one, beat Chatsworth easily, and even nearly upset El Camino Real.