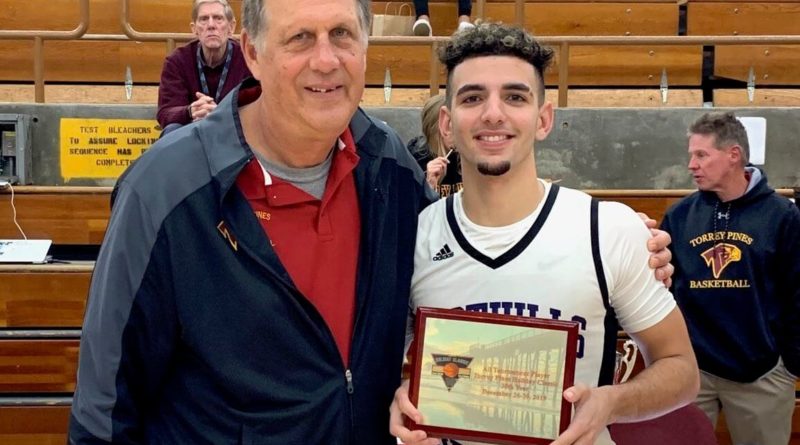 The Dons took down previously top-ranked St. Augustine on the road and defended home court against eighth-ranked Christian. The Dons will travel to Las Vegas to play Coronado (NV) on Monday.

After losing to rival Cathedral Catholic, the Saints rebounded with a win over Lincoln on Saturday.

The Falcons opened league play with wins over tenth-ranked Carlsbad and Mission Hills. They’ll be on the road at San Marcos and La Costa Canyon this week.

The Crusaders won their three games last week by a combined 70 points. They’ll play two more league games this week and host El Camino for a non-league showdown on Saturday.

Parker averaged 85 points per game in their three wins last week and put on a shooting display in Saturday’s win over ninth-ranked Santa Fe Christian. They’ll have a big opportunity against top-ranked Foothills Christian on Wednesday.

The Titans took down Mt. Carmel in their league opener. They’ll play twice this week including a trip to rival Rancho Bernardo on Friday.

The Patriots beat Mission Bay and lost to second-ranked Cathedral Catholic. They’ll have time to rest up, playing one game in the next twelve days.

The Eagles beat Army-Navy and lost to Parker. They’ve got two more league games this week as they push for an open division playoff berth.

Carlsbad lost to Torrey Pines in the league opener, but erased a 13-point fourth quarter deficit to take down San Marcos on Friday. They’ve got three games this week including a non-league battle with Rancho Bernardo on Saturday.