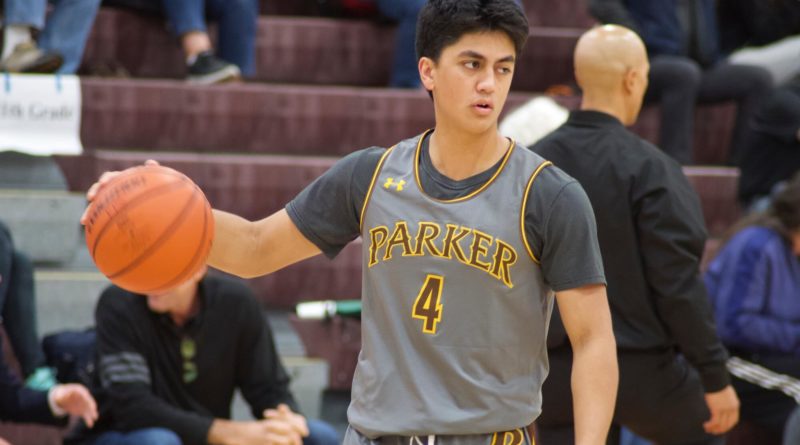 Here are three observations from the Lancers win:

Last year’s Parker team that reached the division one championship had thirteen players on the roster, but this season’s team only has eight. The Lancers starting five has logged huge minutes all season with none of the three bench players being heavily utilized.

“That’s Coach Tomey’s secret. We’ve been in there since September just running hills and running suicides,” said senior captain Kimo Ferrari. “I mean if you want to get in shape go to Coach Tomey, he’ll make you run.”

Not having a traditional big man on the roster has forced Parker to push the ball up the court with added urgency this season, with tons of success up to this point.

“I would say we’re pretty fun to watch, we’re all guards and we’re all six (foot) two and under. A lot of people would see that as a disadvantage but for us we try to play as fast as we can, shoot a lot of threes and try and work it to our advantage,” Ferrari said after the win. “We play fast and we have fun.”

LIVE BY THE THREE

Parker started quickly on Saturday getting into a rhythm and causing all sorts of defensive problems for Santa Fe Christian, who was forced to use three first half timeouts.

The Lancers led 17-11 after one quarter and really opened things up in the second quarter, grabbing a 41-22 halftime lead. Parker hit nine first half three-pointers, three each from Kimo Ferrari and junior guard Daryl Sledge Jr.

“We just practice our shooting all the time, that’s how we play,” Ferrari said. “We slowed down a little in the second half, but a lot of it was just the defense and Coach Tomey did a great job the past week implementing their sets and we knew it like the back of our hand.”

The Lancers hit five more three-pointers in the second half and we’re able to shut down Santa Fe Christian’s well-known perimeter attack.

KEEPING PACE IN THE COASTAL LEAGUE

Parker’s win gave them their fifteenth win of the season and their fifth league win, tying second-ranked Foothills Christian atop the Coastal League standings.

The two teams sit two games clear of the competition with seven games left to play. The Knights and Lancers will matchup for the first time this season on Wednesday night in El Cajon and end the season against each other on February 14th.